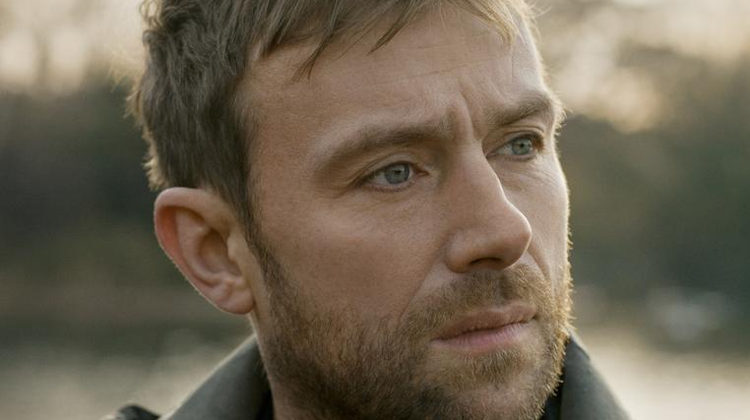 Damon Albarn provides a striking, abstract piece that mirrors the magnificence of the natural world and the mood of day.

The Nearer the Fountain, More Pure the Stream Flows isn’t perhaps what Damon Albarn first thought it would be three years ago. Initially commissioned by a French arts festival, Albarn was inspired to create a purely orchestral piece that captures the life and natural moment of Iceland. But when COVID put the brakes on his passion project, he took some time to reflect and develop what instead became the 11 tracks on the follow-up to his debut solo album, Everyday Robots.

The mood is far more subdued than its predecessor and riddled with melancholy. The title is taken from John Clare’s Love and Memory, and even the opening track paraphrases stanzas of the poem – a touching tribute to friend and collaborator, Tony Allen, whose spectre figure looms over the entire album, and to the general, sombre mood of 2020. The shivering synths, haunting Icelandic siren call and sparseness of the song only add to its solemnity and wistfulness.

As a child, Albarn had recurring dreams about flying over black sands and this intense pull to the intriguing landscapes of the country is well documented across the record. Royal Morning Blue was quite literally written in his home at Reykjavík, sitting at the piano, the window offering a view of still waters and Mount Esja reaching to the heavens.

During his Sofa Session with Jo Whiley, he told Radio 2 listeners that ‘in this particular instance it was dark but really really crazy horizontal rain; then as the light was coming up, the temperature dropped and the rain started turning into snow crystals, and everything kind of went into slow motion and it got lighter and more beautiful.’ He captures the gentle splendour of that moment with delicate piano work, reminiscent of the pitter-patter of raindrops, before ascending in a flourish of punchy brass works. And the melodies of Esja trace the mountain’s majestic outline. The strings cry out to you, blended with those deeper notes from the horns and an unrelenting drum beat that feels ominous and strangely powerful.

Much is taken from the chaos and beauty of the natural world. The motif of moving waters woven into almost every track; whining synths that conjure sounds of a cool day’s breeze; the chirping of little birds.

But whilst Iceland offers a backdrop for the record, there’s so much more to it than that. Albarn explores the complex ebb and flow of human emotion through his lyrics and musical improvisations. Combustion, for example, is full of dissonant, jarring tones before exploding in a sudden crescendo of pure, hold-nothing-back jazz, full of thumping drums and frenetic sax. And the dreamy smooth blues of Darkness to Light is an uplifting change to the general dismal atmosphere.

The Tower of Montevideo sees Albarn hop to the other side of the globe, recounting the tale of an abandoned building in Uruguay plagued by the memories of times gone by: ‘I can hear music / I can hear footsteps / Ghost of an empty room.’ All I can say is that I hope the saxophonist is well credited on this record; the richness of that instrument sends shivers down my spine; and coupled with Albarn’s soft vocal delivery, there’s a sort of suaveness to the track.

Not only is Polaris a reference to the star ancient mariners used for navigation, but also to the UK’s ballistic missile programme back in the 80s: ‘Watching the embers fall / On sublime boulevards.’ That portentous intro feels like it’s soundtracking a swirling storm (picture Dorothy’s house being swept up by that tornado), and the song gradually builds to this frenzy of somewhat discordant instrumentation, as if something has gone wrong. ‘It was always something that I kind of associated with anxiety,’ Albarn said on Radio 2 earlier this week. ‘We heard about Polaris all the time being our nuclear missile deterrent… For us, that was our biggest anxiety.’

Closing out the record is Particles, perhaps the most haunting of all. It’s a striking soundscape of babbling waters amid curious keys and timid guitar progressions with an incredibly delicate, spacious atmosphere. On the surface, it tells the tale of a disintegrating relationship (‘I have cried for you darling / Are you coming back to me?’), but there’s deeper meaning laced between each line. Inspired by a metaphysical conversation with a rabbi from Winnipeg, Albarn sings of the inevitability of escaping certain particles in life and the joy found in the chaos ‘as they alight on your skin’.

Albarn is a true storyteller. Each element of the album has been carefully considered, crafted to capture the image, the feeling, or the moment that he wanted. Whilst simple and subtle in many ways, there is an emotional intensity to it that may put the casual Blur or Gorillaz fan off – there isn’t a melodica in sight. But like always, Albarn has thrown caution to the wind to create something he needed rather than a crowd-pleaser, and the result is a breath-taking, abstract piece that mirrors the mood of day.