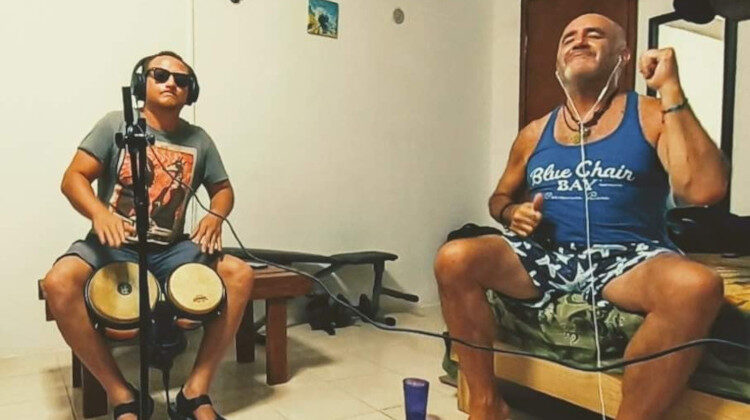 D.G. Adams returns with a delightful EP of differing soundscapes and ideas.

Vancouver folk-rock/alternative artist D.G. Adams likes to experiment, even if it’s still built around his signature sound. Renowned for his dramatic lyrics and structures, his new EP Searching for Flowers shows off a subtler side of the artist, even if the heavy-hitting and thoughtful lyricism remains.

Starting with Dangerous, we’re straightway treated to sublime guitar licks and a steady drumbeat before Adams’ vocals drift in with their warm yet commanding connotations. The female backing vocals in the chorus help add another layer of mystique to the track, bringing out more of the folk-tinged lyrics whilst Adams delves into stories of presence and envy.

In Absentia follows, a more stripped back piece with a gently plucked acoustic guitar against ominous strings and bongos entering intermittently to create a diverse, world music underbelly. It’s an interesting turn in direction from Dangerous but shows off Adams’ penchant for changing direction at the drop of a hat. The bongo rhythm may get a little off-putting for some later on, but it’s a good idea that mostly builds well.

As we delve deeper into the EP, threw’s no holdback on ideas, even if they are all wrapped in a folky flow. Every Time is a piano-based ballad that is slow and innocent, really bringing out the emotion in Adams’ vocals. It builds in stature as the track moves forward but I feel a drum or brush track could really help bring it to the next level. California’s Burning is a heartfelt ode to the difficulties seen in the state with an acoustic flow that builds menacingly just like the fires Adams’ is singing about.

The record ends with the EP-titled Searching for Flowers, the most mesmerising track out of the five built around a serene and angelic atmosphere that grows slowly but opens up to the lister in a wondrous way. The EP highlight for sure.

Searching for Flowers by D.G. Adams is a mixed bag of ideas all held under a folk banner. For the most, the record manages to maintain its spell over you through a strong sense of songwriting, and with a few production tweaks, it could really come out of its shell. A good listen for a chilled and thoughtful day in the house.