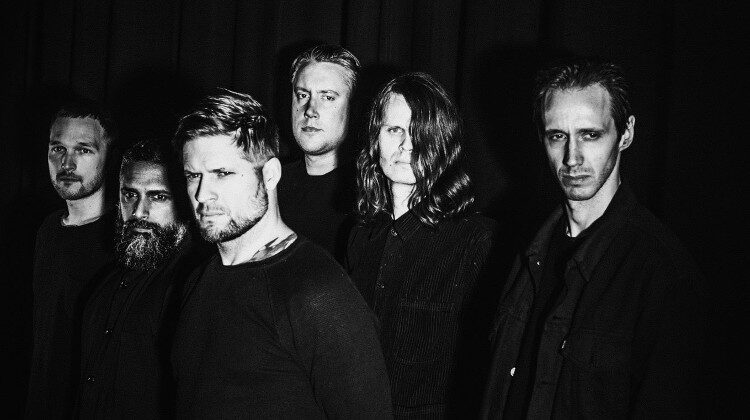 Cult of Luna are a band who know their sound but also not afraid to try something a little different now and again. That comes with the territory when you’ve been around for over 20 years. New EP The Raging river has tastes of both the old and new, but still keeps that distinctive Cult of Luna boldness that has kept them at the top of their game.

Only one track on the album is under four minutes making for an epic EP of soaring guitars, big vocals, and a band well-versed in creating interesting and varied soundscapes. Opener Three Bridges tantalises with a single guitar riff plucking its way into dread-laden drums and a menacing atmosphere. We all know Cult of Luna love to build slow and steady before hitting hard, and that’s exactly what they do here. When the track opens up, its full of the usual energy, guile and immense vocals we’re used to, all wrapped in energetic abandonment.

The band have previously stated this record is a bridge that needs to be crossed so they can finish what was started with 2019’s A Dawn to Fear. It certainly seems that way as the EP progresses. What I Leave Behind starts off more bold and brash than the opener, but still has that tantalising dark, mischievous energy we’ve all come to enjoy. It might sound a little empty in places as the track continues, but some may say this gives the vocals a chance to show their full commitment to where the music takes them. As the track progresses, a few more subtle psychedelic elements are thrown in for good measure that takes off the brash edge and gives it a little more humanity.

Shortest track Inside of a Dream with Mark Lanegan on vocals changes the momentum, as settled sounds float along on psyche-folk rhythms before gentle drums kick in with a Pink Floyd-esque ambience about them. It’s a beautiful piece to break up the EP in the perfect way.

If Inside of a Dream lulls you into a more euphoric state, the following track I Remember blows away the cobwebs and makes you pay full attention once again. With a brutal opening, it then settles down and takes you on a spine-chilling journey that ebbs and flows through tense soundscapes and interesting serene patches.

Ending the EP with the 12-minute Wave After Wave the band sign off in epic style and we see a potential glimpse of the kind of direction they may go on the next full-length. Haunting melodies and soaring guitars plough onwards, with synthy sounds later used as a distinct underbelly to the beast. Because of the number of twists and turns, the track feels shorter than its running time leaving you wanting more.

Cult of Luna have shown they still have so much more to give with the tantalising EP, The Raging River. For a band with 22 years under their belt, they still feel fresh and ready to try new things, but still able to keep their inescapable sound.