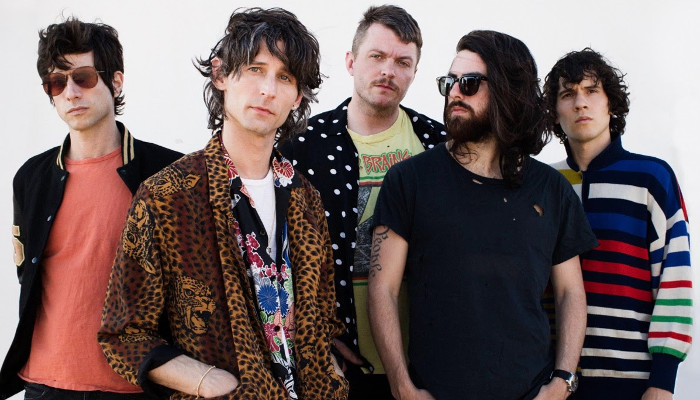 The second release from CRX and one of the most influential guitarists of the 20th century, Nick Valensi is groovy, overwhelming, and energetic

CRX, the side project of The Strokes guitarist Nick Valensi, are almost a secret amongst music fans. With the release of their first album, New Skin, in 2016 – Valensi proved he didn’t need to rely on his other Strokes bandmates. New Skin was heavy and full of attitude (which is expected having been produced by Josh Homme); however, CRX’s latest album, Peek, is even more proof of Valensi’s music credential’s and pushes the band into more experimental territories.

We’re All Alone, the opening track, instantly throws you behind the steering wheel of Ryan Gosling’s cult classic Drive (composed by Cliff Martinez) on the first beat. The combination of the pulsating synthesisers, alongside a repetitive rhythm on the piercing hi-hat, is energising and emits a welcome anxiety. With the introduction of more layers – and seemingly not removing any instruments throughout – Valensi manages to overwhelm the senses to almost demand you to groove along for the entirety of the album.

Peek, in general, is full of new wave vibes in both composition and instrumentation, and with Valensi himself stating that Elvis Costello and The Cars are massive influences to CRX, it is clearly the aim of the album to emulate the best parts of new wave. In particular, Falling sounds like it could have been taken directly from a Talking Heads album. The guitars and drums are conflicting and staggered, whilst Jon Safley effortlessly carries the track on bass. Once the chorus kicks in, it is explosive and has the potential to be anthemic when performed live.

Unfortunately, Valensi’s vocal performance throughout the album is weak and has little-to-no power behind it, even when it is the intention. Thankfully, Peek is more of a sonic painting, as opposed to a showcase of musicianship. Though each musician is brilliant at their chosen instrument, the electrifying atmosphere they have produced on each song is the obvious focus, with their individual skills merely a tool in achieving this.

Overall, CRX’s Peek is just short of a masterpiece. It is nostalgic but with an unmatched energy that will keep it feeling fresh for years to come. More akin to The Strokes work from the past decade, Valensi will also please loyal fans as his signature style of guitar is still distinguishable. Upon research, Peek is only currently available physically on vinyl – which itself is limited to 300 copies on their website – so whoever is lucky enough to add this to their collection should cherish it.