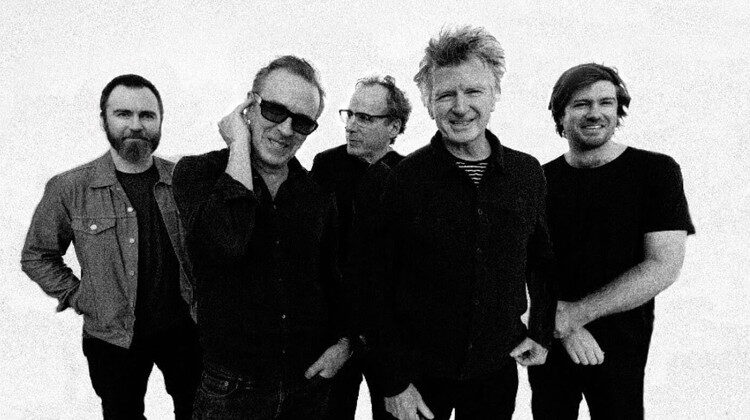 Crowded House is one of those bands that feel like they’ve always been there. They had quite a few hits back in their glory days (1980s to early 90s), but none were as big as their single Don’t Dream It’s Over from their self-titled debut studio album, released in 1986.

It is quite a shame that sometimes it feels like they can fly by the wayside because their music is remarkably strong, even on the albums that have a few filler tracks (i.e. Time on Earth and Intriguer), there is still a sense of promise there. They haven’t released an album since 2010 but they have been performing live in the years since, although let’s be real – fans wanted a new album. And now, they don’t have to wait any longer because Dreamers Are Waiting is a brand new release after eleven long years of waiting. The title says dreamers are waiting, but the fans were too. And boy did they deliver this time.

The first track, Bad Times Good, is an instant standout with its soothing and simplistic acoustic guitar that’s further accentuated by the heavenly swoop of Neil Finn’s vocals. It’s a super stripped-down song with simple lyrics that talk about just wanting to have a good time in life. “Hey, everybody wants to make a bad time good” Finn sings. Some may be upset by the easy-going nature of the song and its lyrics, but it’s hard to deny just how peaceful and uplifting the track is.

In all honesty, Dreamers Are Waiting is filled with songs that are easy to listen to and hard to not smile along with. The clever thing about the record is the way the instruments are playedy throughout the album; the arrangements really make them sound like they are heaven-sent and it gives the record that extra edge. One of the best examples of this is on To The Island, a track that boasts a mixture of indie rock and alternative, and the results are amazing.

After a while, the album can feel a bit too familiar, however. Sometimes I found myself waiting to be surprised again after the first five or so songs, but the rest of the album feels a bit traditional. Don’t get me wrong – the other half of the album is wonderful. It’s never a chore to listen to Neil Finn’s vocals or the instrumentals on display, but I did find myself wanting a bit more flavor.

Even still, Dreamers Are Waiting is a remarkable album and an incredible return-to-form for Crowded House. Who knows? Maybe the new generation will discover this album and they will gan a bunch of new fans. One can only hope.