Home » articles » Crossroad Saints: A Song of Your Own – Review 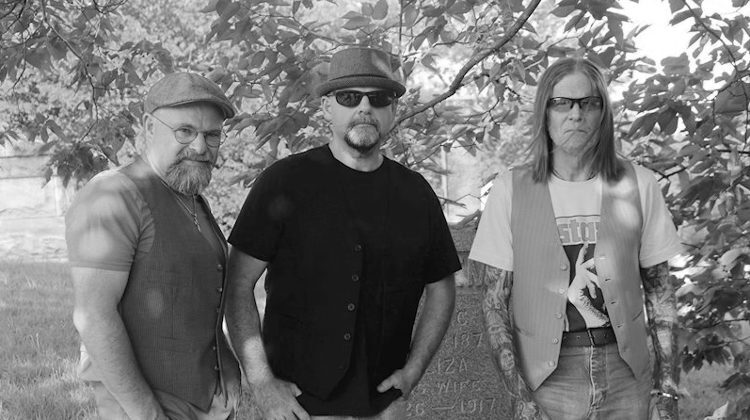 Crossroad Saints invite you into their world of bluesy Americana rock on the new album, A Song of Your Own.

There’s nothing better than listening to a band having fun, and that’s what you get on new album A Song of Your Own from Crossroad Saints. Regrouping in mid-2019 after a hiatus, the three core members of Daryl Venable, John Slack and Mike Slack provide a playful blues-rock and Americana-soaked sound that is often energetic but manages to strip things back and settle down when needed.

Lead single Cradle To The Grave starts off the record with an intro of gentle keys before drums, guitar and Hammond Organ are gently introduced in a delightful build-up. The bassline then takes a walk as the track builds in stature, making its way to an all-out Southern blues-rock chorus. Daryl Venable leads on the vocals throughout the record, and you can tell he has a real passion for bringing about transitions and performances that suit his voice well.

Album-titled track A Song of Your Own follows, this time, throwing you straight into soulful grooves and wailing trumpets with an energetic attitude. Its rock ‘n’ roll attitude is apparent as a guitar solo arrives and helps tie the track together nicely, even if it might seem a little lengthy for some.

The main takeaway from the first half of the record is this is a band of close friends having fun. You can tell they’ve played together for years and it really comes through in the music, even when they decide to slow down things a fraction. Ain’t Going Down Again is an example of this, a settled classic rock sound with Venable’s vocals carefully settled against just a drumbeat, keys and bass. Just So You know is a little more upbeat but still revels in its subtle ballad territory where some would say Veneable’s vocals are more suited.

The gentle sections of the record helps break up the album nicely, but you can tell the band are really having the most fun in the energetic tracks. Pride shows this off perfectly, a fast-paced, rampant blues belter that blows away the cobwebs and makes you wish you were at a live venue with a beer in your hand. The Game has a similar energy and moves forward at a pleasing pace that will make you tap your foot along without even realizing it.

The record ends in surprising fashion with a slow-building piece that does eventually come alive and open up, but perhaps closing with a more emphatic sign-off could have worked a little better.

Overall, A Song of Your Own by Crossroad Saints is a fun mix of blues-rock and Americana and the sound of a bunch of friends having fun. It touches on harder-hitting topics at points, but the aim of this record is just to sit back and enjoy the strong musicianship and band camaraderie.