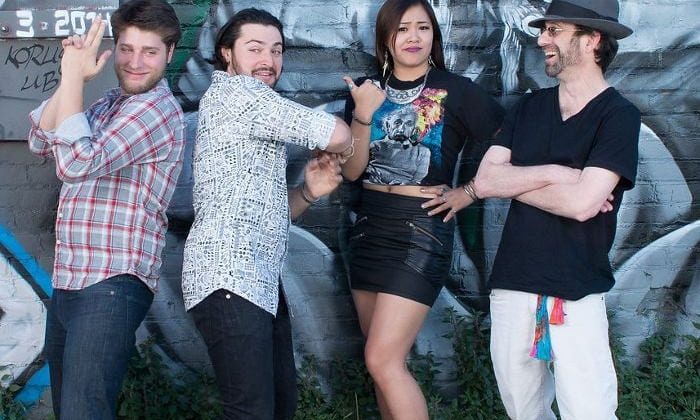 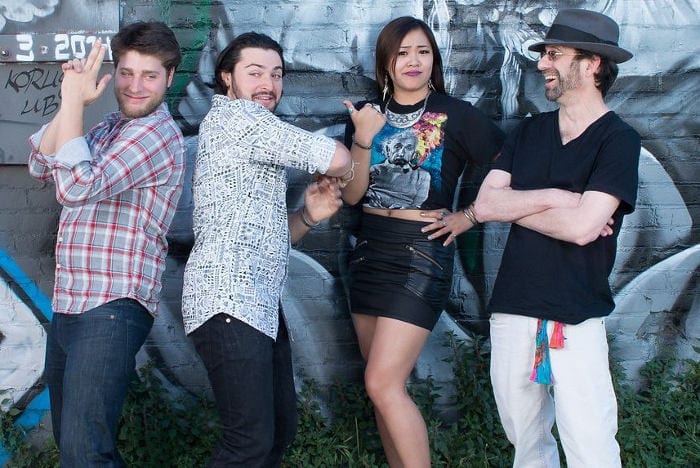 It’s a sign of a band with hunger when they release music in quick succession. Crooked Flower released their first 3 albums between 2016-17, with all showing strong promise of things to come and a raw talent to be nurtured. With new Live Album Blooming – The Light Rail Sessions, this talent has been used by combining the psychedelic with funk and unique experimental structures, whilst feeling like they’ve found the perfect way to showcase their skills under the ever watchful eye of the ‘live’ red light.

The record kicks off with 6 minute wonder Came to me in Dreams (Pt.1). Reminiscent of the opening to Pink Floyd’s Shine On (You Crazy Diamond), the track then spins its own web of psychedelia as it cascades into a funky beat as lead singer Angie Dang’s sultry vocals slide in. Great use of silences against tight drumming keep the track interesting as guitarist Dan Ingberman jams his way through to the conclusion. 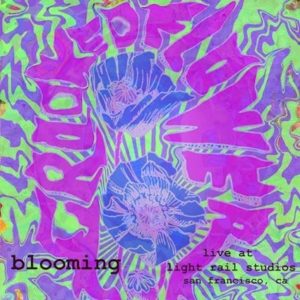 Go Back Go Back strolls in with a 70s hammond organ which turns into one of the most melodic tracks on the record, as Angie reminisces about the easiness of days gone by, whereas Who You Are (Do I Want You)’s bass riff forms the basis for a slow and sultry song with a haunting quality that’s taken forward by a strong guitar solo that’s never overwhelming. This is in stark contrast to Losing Time (Don’t Like Mondays) where the tempo ups and the band sounding like they’re having fun. The pacey, funky vibe could be filled out with a bit more guitar, feeling a little empty in places where you really want it to make a big impact, but it does break up the album nicely.

Coming back To You moves us into ballad territory with Angie’s vocals at their strongest. Once again, hints of Pink Floyd seep in, and the band give their own unique twist on this, just like the opener. Considering this is a live release, the tightness and perfection of instrumentation and vocals on this track is extremely impressive with the band giving out a strong and emotional performance.

Crooked Flower are a band born to be live. Their talent for strong structures and committed instrumentation is shown off in Blooming, with Angie’s vocals strong as ever, and cleverly knowing when to just sit back and let the band jam, before entering back into the fray with strong verses and imagery. There are a few rough edges and drops in sound that don’t always work, but overall this is a great live album from a band with a bright future.