Home » articles » Countless Thousands: And the Triumph of Justice – Review 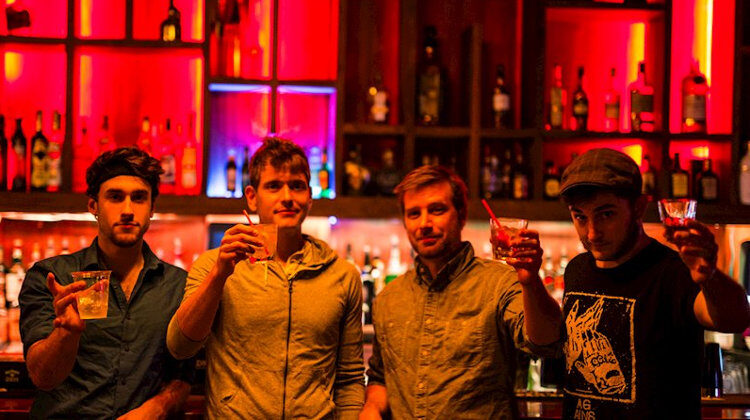 Countless Thousands bring back the fun we’ve all been craving with the high-energy and raucous And the Triumph of Justice.

I think it’s safe to say a lot of people aren’t having a good time at the moment. Music is one of the outlets we all look to in these difficult times, and Countless Thousands are bringing a fun and energy-fuelled sound to the mix to keep us all going. New album And the Triumph of Justice is big and bold when needed and keeps you on your toes right through to its conclusion.

Starting off with the short and sweet opener The Triumph of Justice, we’re treated to wailing guitar riffs and welcoming Queen-style solo-ing that shows off the fun and inviting sound of the forthcoming tracks. Game Change swiftly follows, with a more frantic country folk beginning before big guitars enter the fray to give it the energy it craves. This changes it into a raucous punk masterclass as the chorus hits, unleashing a fever of sound and spirit. There’s a mellow middle 8 later on that lets the track breathe before once again hitting hard.

The record manages to showcase a plethora of ideas and contrasts that seem to fit together in a rag-tag way, somehow helping the album feel like a whole. The wonderfully-titled Space Nazi’s Must Die! draws on new 50s rock as its underbelly with hard rock at the forefront, building an intergalactic swagger. Solidarity Forever samples The Battle Hymn of the Republic (glory glory hallelujah) in a way you would never have heard before, feeling like a rock ‘n’ roll call to arms. Fat Cat continues the ‘out of the box’ craziness with a rolling drum beat building up to addictive rhythms and catchy riffs that are dangerous and alive – think Queens of the Stone Age on steroids.

There’s a slight letup as we head into the murky depths of the deep cuts, the band continuing to try out interesting ideas that mostly work. Hard Times (Come Again No More) starts off sweet and innocently as fast-paced folky acoustic guitar builds on an Americana sound, creating a lighter yet appealing track that’s a nice rest bite. Can’t Quit (An Orchestra on the March) then gives us one of the most melodic tracks on the record, less intrusive, more emotional and a well-written piece. The album ends on a kind of vocal-harmonised version of the intro, making for a pleasant finish from the crazy journey you’ve just taken.

And the Triumph of Justice from Countless Thousands is exactly what we need right now, a bit of fun. The band provide energy, vigour, and frivolity throughout the entire record, building huge sweeping riffs and blazing guitars one minute, then stripping it all back and relying on strong melodies and powerful vocals the next. It feels that there’s nothing they’re not willing to try as long as it has the energy to satisfy their needs.