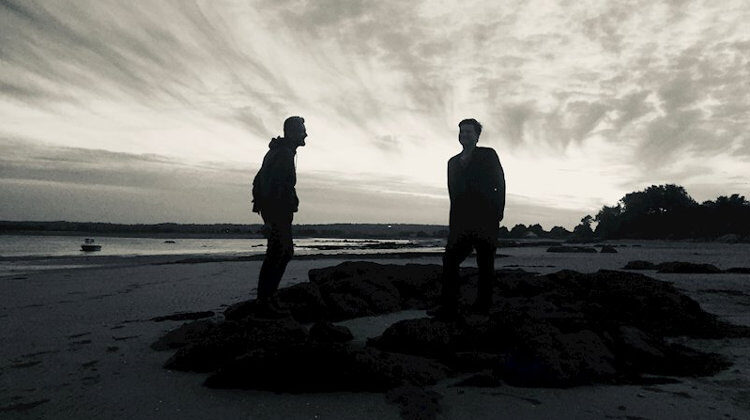 Moody Art-rockers Cosmopolis have got their indie groove on with new track Sécheresse. In stark contrast to the pulsating rock drive of debut single God Hotel, Sécheresse shows off a darker side to the group and a penchant for building a track before releasing its true form.

Starting with a slow, methodical drumbeat against rolling guitars, it’s dark sound emanates before Gavin Kendall’s echo-laden vocals enter the fray. It builds slowly and steadily, adding in a myriad of encompassing layers before suddenly removing them in favour of clearer sounds. This works well as a metaphor of removing the haze before they switch things up and throw us into an indie rock sound with guitars leading the way forward.

This chaotic opening of differing styles and ideas shouldn’t work, but it’s done in such a way that it leads to the main bread and butter of the track in a curiously meaningful way. The indie sound is more steeped in 80s nostalgia rather than 90s rawness, more akin to U2 and late bowie, but it still has a slight nod to the twists and turns of Radiohead or The National’s penchant for guiding you into the unknown.

By the mid-point, the track settles into its groove and is happy to remain in an indie state of play which was a good idea. The intro tantalizes and confuses in a good way, but by the end, you’re nodding along mercilessly and the 5-minute running time actually feels like it could have even done with being a little longer. The only drawback is the vocals at times feel a little muffled, but this could be purposeful to allow the music to breathe and be noticed as the main driving force.

Sécheresse is a slow and ponderous journey, burning slowly before it catches on fire. The way it’s allowed free reign at the beginning before buttoning down the hatches into an indie rock groove works well, with guitar work pleasing to the ear and a catchy melody to boot.