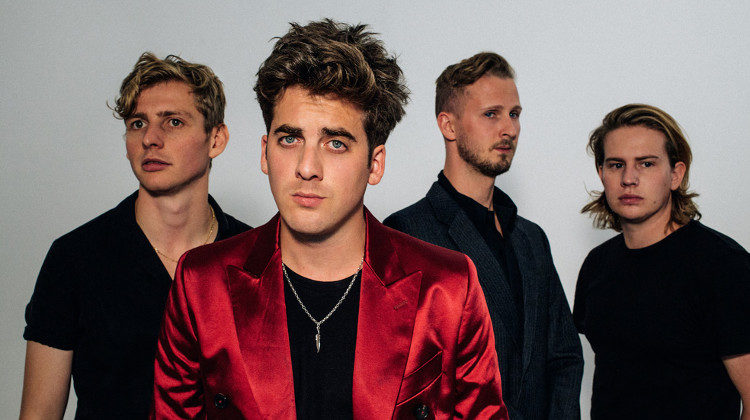 An ambitious attempt to focus each side of an album entirely on an emotion is expertly delivered by Scouse indie rockers Circa Waves with their latest release, Sad Happy.

Liverpool is most famous for birthing The Beatles, but through the years a multitude of other excellent musicians have come onto the scene (whether that be Echo & The Bunnymen, Frankie Goes to Hollywood or The Wombats). Most recently, however, indie rock band Circa Waves have been making waves of their own. With the release of their fourth full-length album Sad Happy coming out not even a year after the impressive What’s It Like Over There?, the quartet bravely attempt a double album with a side for each emotion.

Lead single Jacqueline opens the album superbly. Instantly reminiscent of Vampire Weekend in their prime, with its upbeat catchy guitar lick – which never really leaves the song – and it’s extremely busy-yet-simple drum beat. Though the track is uplifting all-around and an infectious pop tune ready for the festival season, the deep bass keeps it grounded alongside the heavy use of tom-toms. The word ‘superb’ isn’t used lightly, but Jacqueline is a pop masterclass, with Circa Waves showing you exactly how to structure, harmonise and end a song before it overstays its welcome.

In fact, what glues the album together overall is the brilliance of Kieran Shudall. Not only does he front the band and write the songs, but he has produced Sad Happy to a tee. Despite having two distinguishably different directions to each side of the album (one side happy, one side sad), there is continuity throughout. It jumps from the heavy Be Your Drug, to the slow The Things We Knew Last Night, to the acoustic Sympathy – all without feeling out of place. Credit has to also be given to Grammy winners Dan Grech-Marguerat and Matt Wiggins for mixing Sad Happy, as together they succeed in achieving exactly what the album aims to be.

If any song summarises the growth of Circa Waves, it has to be the penultimate track Train to Lime Street. A world away from their usual indie self, this dreamy instrumental has a childish nature to it, bordering between playful and solemn. Combining staccato synthesisers with ambient chords that sit above sounds of waves (or slow trains) and occasional chatter, laughter, and announcements, it is indescribably beautiful. If anything, it is a soundtrack to that feeling of returning home full of hope and romance, following the heartbreak of whatever you’re running from. With the title Train to Lime Street, one can imagine this is the situation Shudall was in whilst writing on his way home to Liverpool.

Sad Happy was a brave album to attempt. Difficult enough to attempt a double album on its own, particularly with a concept such as this; however, releasing such an amazing album so soon after What’s It Like Over There? is a feat Circa Waves should be proud of. There is enough of a range to keep any fan of British Indie Rock happy, becoming an amalgamation of the best of last decade’s indie hits. If you’re stuck inside during these tough times, there’s a lot worse you could do than give this album a couple of spins.