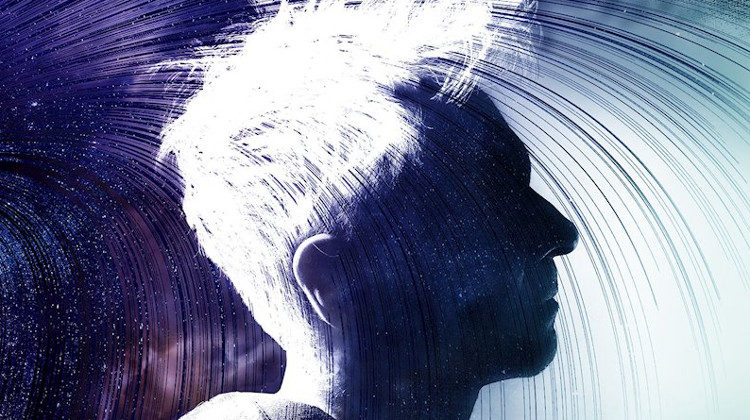 Chris Ianuzzi offers up a taste of things to come on new EP Olga in a Black Hole, creating synth-laden soundscapes of electronic dread and wonder.

With a career built around breaking boundaries and accolades for his I, Synthesist project, Chris Ianuzzi is no stranger to immersive electronic performances. And that’s exactly what new EP Olga in a Black Hole is: an all-encompassing experience that builds up and breaks down barriers. Drawing on apprehension and anxiety, the tracks use these traits to spin off in other directions and create appealing and in-depth soundscapes.

EP-titled track Olga in a Black Hole starts off the record in daunting fashion, taking its time to build layers of sound amongst unsettling electronics and sporadic beats intertwined. It feels from the offset that Ianuzzi is interested in creating worlds through his music, taking his time to do so. The track is often accompanied by a sinister wind blowing in the background as the electronic sounds get louder, brasher and more interesting as the track progresses.

There’s a lot of time to play within this 9-minute opener, allowing the artist to gradually build the beats into a coherent, steady mindset, overlaying this with synths that rise and fall, ebb and flow, and surprise out of the blue at times. Feeling like a dystopian future, the sense of dread plays against the sense of wonder, both emotions at times battling for the forefront like an electronic jazz ensemble. The ambience gradually fades back down by the end of the track, almost feeling like the instruments and synths have expelled their own energy and are happy to crawl back under the electronic carpet from where they came.

If the opening was slow-building and settled, second track Hello throws the listener right into the deep end. Beats play a much stronger part this time with intermittent, jagged synths used sparingly to shock awake the listener amongst the more subtle tones. There’s a nice, fuzzy synth used as a bassline at times which seems to attract and welcome other sounds around it, but it’s the beats that are the mainstay here, drawing in the track’s energy and malice against its lighter moments.

The EP ends with Fork, probably the most dread-laden track out of the three. Tight, fuzzy synths instil a sense of panic as their pace is used to pull in other more riff-heavy and sporadic moments, at times seemingly borrowing ideas from Eastern-European 90s electronica to thicken the atmosphere and flit from idea to idea. The great thing about this track is that it doesn’t settle in one place too long, keeping the listener guessing where it will go next. The track finishes with a lof-fi ambience that is yet to be experienced on the EP, almost like a warm, relaxing bath to calm you down after the extreme bombardment of soundscapes previously enjoyed.

Olga in a Black Hole is a fine EP and a workout for your senses. It’s not content to just sit back and allow you to fall into a state of calm, instead making the listener work for their reward with strong ideas, jagged synths and never staying in one place for too long. The tracks are easily separable which can sometimes be a problem with music in this genre, each telling their own story of dread, escapism and, in the end, acceptance. Chris Ianuzzi has created a strong, multi-layered EP here, that allows us a glimpse of what we can expect from his upcoming full-length.