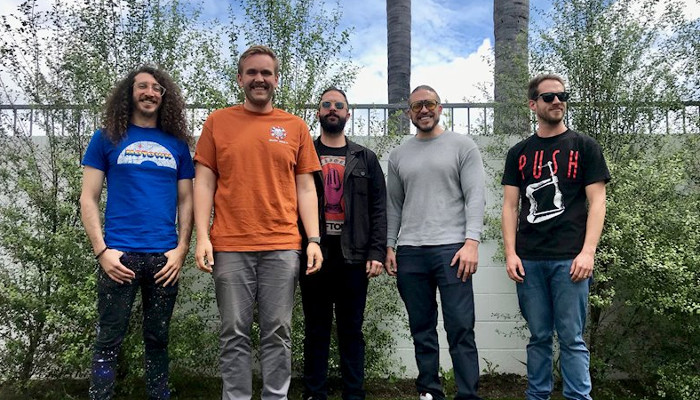 It’s hard to find anything new these days. All music seems to either feature a mish-mash of past genres glued together or stick to one type of music and try to move it forward, somehow. Chotto Ghetto’s new record WILDFIRE tries to create something new, and although there are distinct influences, their sound is cleverly made independent by a distinct sci-fi concept that runs throughout.

Opening with Debrief, we’re thrown into a kind of hectic ‘war room’ voiceover about space forces, sciencey talk and crazy venting dialogue that could be straight out of a sci-fi movie. It’s also got a brand of humour to take the edge off and really shows the kind of angle the band are going for with the record. We’re then straight into the hard-hitting Multiversal Receiver as loud guitars crunch, vocals rebel and drums come alive as the track moves forward. It’s not just a loud noise however, there’s a good structural base that keeps things interesting amongst the intermittent vocal track. 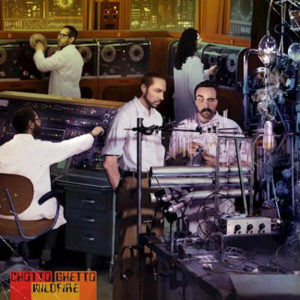 The Work continues to build the concept with the underlying voiceover track that threads its way through the entire record. This is quickly brushed away, however, as brashness and energy bring together the more live feel of the track and rhythms playfully melt in and around the vocals. Where the sci-fi theme really comes in is later on in the record, especially on Gemini Croquette – a track devoted to the voiceovers and an interesting feature that actually pushes forward the mentality of the record. The Odd Man then slows things down with a well-tailored and melodic piece featuring settled guitar picking and layered, echo-laden vocals that really make you feel like you’re floating through space and could bump into Ziggy Stardust at any moment. It’s a nice interlude that breaks up the record well.

At times, you do feel like you want to hear a little more from the vocals, as they can feel a bit low and distorted at times which can take you out the storytelling atmosphere that is key to the record. Although, on the other hand, this may have been done to keep the listener enthralled by the overall atmosphere and clever pace of the music. One such track that manages to do this is album closer Charlie Cluster 8, using the vocals as the focal-point against an anthemic sound in the vein of Mars Volta or Cooper Temple Clause.

WILDFIRE is a testament to the inventiveness that Chotto Ghetto work with. The record has a plethora of ideas that are all pulled together by the underlying sound and strong musicianship. At times the vocals may get lost, but this is made up for by the destructive guitars and running dialogue throughout that create the album’s concept. A strong record that builds steadily to a satisfying climax.