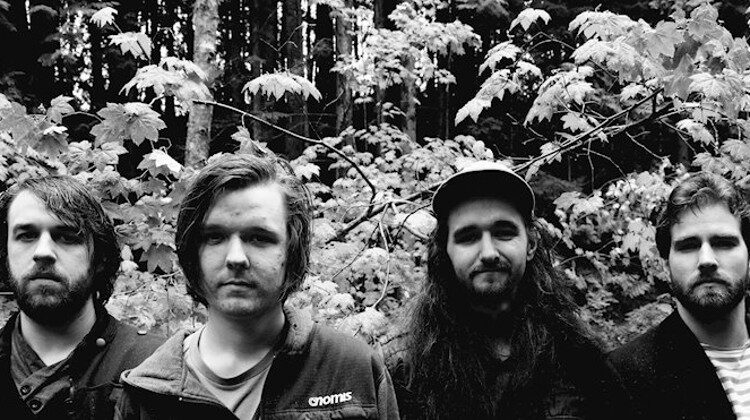 Vancouver-based post-punk/experimental rock group Celebrity Warship Culture can really pull together a bunch of sounds and genres in interesting ways. On new album Recreational Everything, they manage to draw influences from early 90s alt-rock outfits but are still able to add their own flavour that soothes at times and can be provocative at others.

Starting off with the album-titled track, Recreational Everything, the band show off the stern stuff they’re made of with a jutting guitar riff leading into rich yet powerful vocals. The track is gradually allowed to come out of its shell, unfolding amongst more guitar layers and settled drums in a soothing yet atmospheric opener. Subtropical Jet Stream continues this melancholy yet playful opening, taking queues from Joy Divison in song structure and powerful ebbs and flows.

There is a distinct alt-rock 90s vibe to the music throughout, but the band also bring their own ideas to the party. The way Rebirther toys with guitar riffs has the feel of Sonic Youth but slower and more ponderous, delighting in the stipped-back flow. Current Nostalgia feels raw yet ominous, building a long and drawn-out intro but allowing it to open up to a Bowie-esque chorus.  4am Doomer Club takes things even further by being a song of two halves, the more post-punk sound not kicking in till halfway through, but if you’re willing to wait you’re treated to one of the most catchy sounds on the record.

The album ends on the most raucous and energetic track, full of grungy guitars and fuzzed-out attitude, vocals that tear up the place and an atmosphere that’s dark and twisting. It’s an interesting choice to end on as it counteracts the rest of the record in a pretty hard-hitting way. Perhaps they wanted to sign off with something to remember.

Recreational Everything is an intriguing record that grows on you with every listen. It has a rawness that shines through, with the band not scared to let tracks develop at their own pace, even if, at times, this can be a little too long. Overall the record is a testament to exploration through music and a taste of the experimentation that was the essence of alt-rock bands from the early 90s.