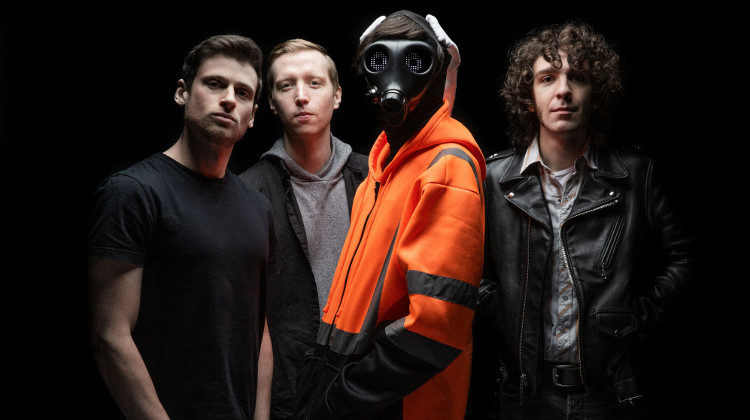 Car Seat Headrest return with Making A Door Less Open, their first full-length of new music in four years and a chance for them to broaden their sound.

Known for their tantalising lyrics, rough and ready guitar rock and tailored riffy, loveliness, Car Seat Headrest have decided to change things up with new album Making A Door Less Open. And this isn’t a bad thing, in fact the moments of electro and calling out of different genres and ideas has led to a mesmerising, balanced journey that doesn’t rest on past glories, instead enhancing them into something new.

As soon as opener Weightlifters kicks in with its more electro-influenced drums, you know this is going to be a different kind of Car Seat Headrest record. Taking in a much broader influence of ideas and tips from singer Will Toledo’s side project 1 Trait Danger, the track is a far more polished affair that takes its time to build. Amongst the thumping beats, and underlying, whining drone that leads the sound, we get our first brief glimpse of guitar before Toledo’s vocals enter the fray. Crisper and with added vigour, they set out what is to be expected for the record with lyrics still as fresh and intriguing as previous work: “Frozen unexpressed emotions trapped inside a wax museum… I woke up feeling like shit when i saw my ordinary face”

Can’t Cool Me Down carries on the settled beats, this time with a more funky and subtle atmosphere led forward by baron bass and intermittent synth sounds that help lead into an uplifting and addictive chorus. Previous single Hollywood is the first distinct departure from the opening gambit, with a more deeply involved bassline bring built around a strong vocal performance that leads into a banging, grungy chorus. This is then pulled right back out of its comfort zone with inventive changes, interesting ideas and playful lyrics.

Dealing with such a plethora of new styles can be alienating to fans, but Car Seat Headrest provide little solace for them to grab at here, rather grabbing them by the scruff of the neck to show them what else they can do; it’s bold and really comes into its own as the record progresses. Hymn is a mesmeric, 80s psychedelica that is an all encompassing dance between heavy guitar and organ, whereas What’s With You Lately takes us to an acoustic dreamland with all the live appeal and heart of what made the band popular in the first place.

There is still time for the band to throw in their token catchy riffs and rolling rhythms, however, even if newer production techniques and strengthened melodies filter them down a little. Martin brings out Toledo’s confidence and optimism that has been the driver for every album released, seemingly content to revel in any style or idea thrown at him. Life Worth Living is a powerful track of intent building on big beats and subtle vocal work with 80s synths bringing everything together in a beautiful way as the chorus hits hard.

Car Seat Headrest are demanding you to love Making A Door Less Open, and this forthright nature works well. The confidence and swagger is still apparent throughout, and the new ideas, brighter sounds and tailored electro-edge really highlight what this band can be. The best bands manage to transition, chop and change whilst still being themselves, and that’s exactly what Toledo et al have done with Making a Door Less Open.