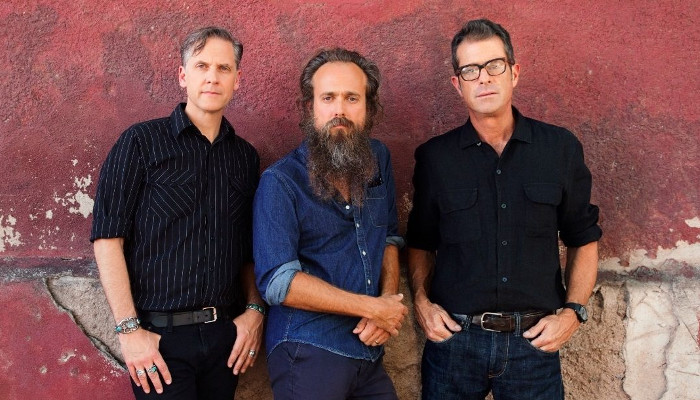 In which two alternative pop icons reconvene to conjure a special musical alchemy, taking in blissful moments of intimacy as well as ambitious, boundary-pushing experimentation.

Sam Beam, better known as the wispy-voiced troubadour Iron & Wine, has cultivated a keen collaborative string to his bow in recent years which has complemented the subtle expansion of range and palette under his own name. Not just content to experiment with larger ensembles in his solo output, he has also shared billing with a number of kindred spirits, such as Jesca Hoop, Band of Horses’s Ben Bridwell and of course Calexico, an outfit who themselves like to freshen things up with an array of musical alliances.

He was first paired with the cinematic Arizona outfit – Joey Burns and John Convertino – way back in 2005, when they released the well-received mini album, In the Reins. In the intervening years, both acts have become staples of the indie-rock firmament, cementing their status as alt icons with regular touring and a steady stream of recorded material. 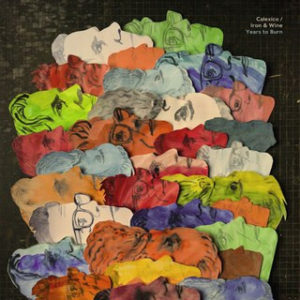 Now fourteen years have passed and Years to Burn arrives as a long-form sequel, a bewitching and cohesive set recorded late last year at Sound Emporium in Nashville which repurposes and re-asserts each other’s strengths, breaks new musical terrain and looks set to lure new devotees to their work.

Years to Burn sees both parties enhancing each other’s craft perfectly and elegantly reinvigorating familiar tropes; Beam displays a bulletproof deftness with soulful country-folk chops which bleeds seamlessly into Burns and Convertino’s shifty tumbleweeds of symphonic jazz and spaghetti western-imbued desert rock. This is typified by the panoramic, operatic sweep of the monumental The Bitter Suite (Pajaro/Evil Eye/Tennessee Train), a dazzling triptych which bristles with energy, grace and fluidity. Commencing with a sultry Spanish language lament, the piece switches into a jaw-dropping desert groove goaded by wordless vocals and trumpeter Jacob Valenzuela’s lovely tooting before hitting the home stretch with a wistful, plaintive coda juxtaposing Beam’s buttery croon with Rob Burger’s quivering accordion.

What Heaven’s Left sees the softly imploring Beam invest a dusty country-soul lope with a sense of warmth and comfort, working himself up to a frothy, churchy smoulder, and Calexico invest the catchy, Cat Stevens-like melody of Father Mountain with a stately swagger. Meanwhile, on Midnight Sun, a soothing and svelte track which evokes Iron & Wine’s charming work on Our Endless Numbered Days, Beam and Burns trade restrained verses over weeping pedal steel guitars until the latter’s electric lead lends the song an emotional bolt.

The breezy, singalong folk-pop of Follow The Water, is a delicate heart-tugger imbued with Beam’s engaging mix of purring serenity and luminous fortitude. On the title track, a drowsy hymnal, Jacob Valenzuela’s starkly powerful trumpet slides gracefully over smoky chords, like skimmed stones on water. The record’s REM-like closer In Your Own Time sees Beam and Burns swap lead vocal duties from verse to verse over a campfire sway that’s lump-in-the-throat hypnotic and as comforting as a soft pillow: “Come meet the family and sit by the fire/Someone will catch you if you want to fall”.

It all makes up for an uplifting, thoughtful and endearing collaboration where each song feels like it’s been organically whispered into being; Years To Burn is a richly drawn and wistful body of work about memory and time passing, alive with a giddy energy and jam-packed with moments of luscious, melodic magic.