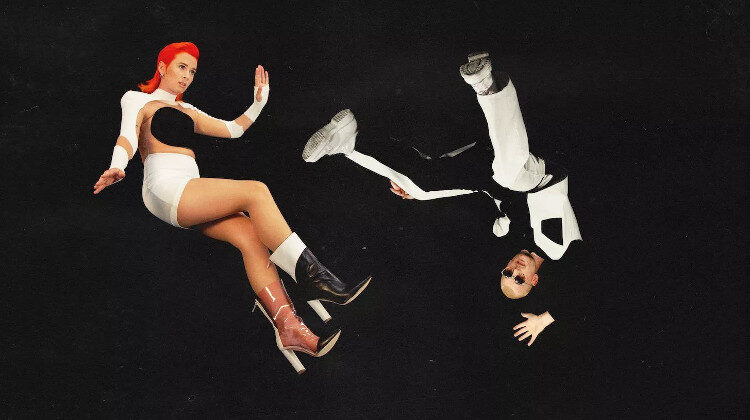 It’s been a couple of years since Broods released their latest album – 2019 in fact, in the form of Don’t Feed the Pop Monster – and ever since then, many fans of the group have been wondering when the duo would release some new material.

Gratefully, we don’t have to wait any longer. Broods have taken three years to craft their fourth and latest album Space Island, an emotionally-charged collection of songs that are sure to make you feel every emotion even if the album as a whole can feel a bit too repetitive at times.

It all kicks off beautifully with track one, Goodbye World, Hello Space Island which is such a fitting title for the song because the album has a marvellous way of sucking you into the Broods world for the next thirty-two minutes to come. In the first few seconds of the track, we hear static noise followed by soft, acoustic guitar plucking. It sounds simple and relaxing; until, that is, Georgia Nott comes in with an ominous set of vocal lines, singing “Nostalgia, press me up against the wall / Lump of sadness gathered in my throat / Goodbye to the world I know / Goodbye”.

From that line alone, Nott is letting us know that the album she and her brother Caleb have made is not one that feels ordinary. They’re essentially telling you to prepare to be whisked away and get into their headspace for the next little while.

It’s an ambitious project, and it’s one that feels deeply personal and emotional, even if it doesn’t always hit as deep as it could have. Piece of My Heart is a great song and one that will definitely be stuck in my head for a while, but as track two on this particular album, it feels out of place. The lyrics aren’t as great as some of the others on the album, and it shows, sadly.

Gratefully though, the album picks right back up with Distance and Drugs shortly thereafter, a slow and somber yet strangely groovy track with some of the best lyrical content on the record as a whole. “Are you still in love? / Are you picturing it the way it was? / Way before all of the distance and the drugs / After all of it / Are you still in love?”, Georgia sings in the infectious chorus.

Tove Lo features on track five of the album, titled I Keep, where she shines like a star. Her vocals have rarely felt so powerful and impactful, even in her own discography. Here, she provides a more nuanced tone to the album that rejuvenates you. It’s without a doubt my favorite on the album.

That’s not to say the rest of the album is weak, though. Like A Woman is perhaps the most emotional and personal song with Georgia talking about not being seen as a woman, but rather, just a small girl with the lyrics “Oh, I know you cared for me like your own baby / Draped in pink with a drawer full of blue / And I felt so loved, like a sweet little lady / But I never felt like a woman to you”.

Sadly, sometimes this album can be a bit too repetitive and a few of the songs feel as if the production lacks a little bit, but for the most part, Space Island is a terrific record that proves Georgia and Caleb Nott definitely know how to make some seriously great music.