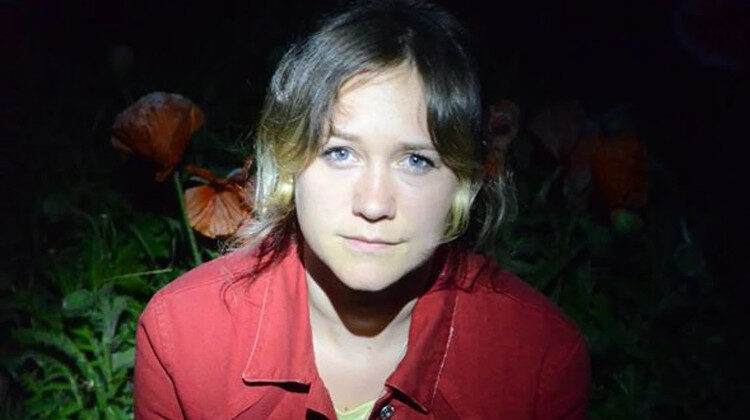 The Irish singer-songwriter’s third album slips drowsy psychedelia and laconic country into her folk-rooted songwriting; the broader palette makes for a gloriously self-contained and accessible soundscape which decorates the quotidian in coats of grandeur and gravity.

Brigid Mae Power’s regal, folk-oriented sound is notoriously elusive and ambiguous: she can be simultaneously soothing and unsettling, inhabiting caramel-tinged territory that sits between traditional and modern, organic and electronic, past and present, worldly and heavenly. Whether emoting over a guitar drone soundscape or a finger-picked guitar and piano, she possesses the unguarded power to heal and disturb in equal measure: she is a force of nature.

On her new, third album, Head Above the Water, recorded in Glasgow and co-produced with husband Peter Broderick and Scottish troubadour Alasdair Roberts, the venerated Galway singer-songwriter and multi-instrumentalist pools together a disparate blend of musical elements without detracting from the crystalline purity of her radiant, potent and icy-clear vocals. Employing strings, bouzouki, piano, fiddle, synthesiser, Shruti box, bodhran and the acoustic/electric input of five backing musicians, the record represents Power’s most cohesive and controlled effort to date: Head Above the Water delivers an emotional sucker punch via softly delivered meditations on life’s vicissitudes which veer between mesmeric slow dances, moonshine ballads and heat-baked freak-folk.

The purring opener, On A City Night, beckons us in with a burst of Basement Tapes-speckled country-folk strum which burrows around a dialogue about the compromise entailed in loving someone and the respective benefits of urban and rural lifestyles. This offers a microcosm of Power’s burgeoning and exciting evolution as an artist; the album’s strength lies in its subtle shifts, the way in which it gracefully unfurls without getting bogged down in generic orthodoxy. Each starry-eyed ache here feels robust and steadfast, classily enhanced by the beefier and expansive playing of a backing ensemble masquerading as a full band.

Wearing Red That Eve is an obvious album highlight, gently gyrating around a sparse piano melody and the singer’s delicate, generous and Sandy Denny-like voice. Towards the conclusion the song is augmented by the soothing swing of a fiddle; the colour of the dress invoked in the title acts as a symbol for power and strength.

The majestic, minor-key songs that follow conjure a plethora of stately musical patterns which deftly chronicle encroaching storms over the horizon and yearnings for transcendence and acceptance in what feels like private journals filtered through Power’s airy, Renaissance madrigal-like enunciation. Power’s steady, Sunday morning vocal style is so grounded in country-folk roots that even her self-composed material sounds as though it could have been written in a previous century.

Wedding Of A Friend is another song that’s buffeted by an overtly country/Dylan and The Band tinge, ushered in with a laconic pedal steel that generates a pure, free and sweet calm like a warm breeze. Her achingly gorgeous treatment of the traditional ballad, The Blacksmith, is a thing of tremulous wonder, transporting the listener with its ethereal and earthy tones. The title track is a piano-led jazz torch song delivered with a haunting and oddly comforting vocal that recalls the restrained terror of PJ Harvey’s White Chalk.

The stripped-back You Have A Quiet Power and I Had To Keep My Circle Small are both braided with close, novelistic observation and the ungoverned introspection and high and lonesome sadness of early Joni Mitchell records. The gently psychedelic I Was Named After You carries a dread-laden Wicker Man atmosphere with its bruised inflections, early hours jangle and fog of longeurs.

Power’s The Two Worlds was one of the great unsung, break-out hits of 2018; with Head Above the Water this singer-songwriter ups the ante by sustaining a mood of boundless beauty and slow-burn intensity that’s flecked with a pleasing warmth and tightly woven around themes of regret, resignation and the uncanny, all staples of the folk vernacular. She is surely destined for great things.