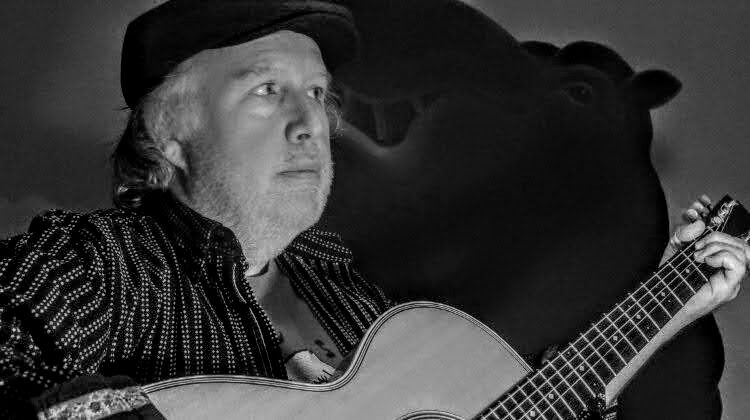 Blending rock, country and folk, Dare to Hope aims to take the listener on a journey through Americana-tinged stories of hope and despair.

Bombardier Jones, aka Ian Jones, knows how to create a sound and spread it through an entire record. It’s not easy to develop a coherent and flowing album, with many artists able to create a killer single, but struggle when it comes to thickening out their ideas over multiple tracks. Jones doesn’t have this problem, and with a foray of talented musicians in tune with his ideas, new record Dare to Hope delves into a foray of emotions amongst driving rhythms and settled soundscapes.

Great idea kicks off the record and we’re thrown straight into classic rock/blues as guitars flow and melodies are mercilessly pushed forward. With a chorus reminiscent of something The Who would come up with in their heyday, it’s a catchy opener that sets out the sound for the record well. Golden Hour follows with a more settled, country-tinged sound that bleeds honesty and has a folky undertone to the emotion-laden lyrics: “why can’t the dust let the vision narrow and leave me at peace in a stolen time”.

As we get further into the record the band are given more space to breathe and show off a flutter of individuality every now and again. Let the Light Shine feels like a live jam, with everyone seemingly taking their moment in the limelight, harmonica whaling, guitar and trumpets working in unison, and drums holding everything together. This is all wrapped in strong melodies and structure that make for an album highlight. The soulful So Many Tears then follows with all the slowness and prowess that allows the track to breathe and build in a meaningful way, whereas Unrecorded Time ups the ante with a rolling drumbeat, once again harking back to that bluesy, country atmosphere to bring out its charm before settling into an Americana-style lullaby.

One thing that could do with a little improvement is the way the vocals are harnessed throughout. Jones has a good voice that fits the music well, but at times you just feel another layer or two, or a more all-encompassing backing vocal could really thicken out the sound and make it hit just that little bit harder. Touch of Her Hand is an example of this with the chorus feeling a little thin for the overall sound or the warmth of Summer’s Come could further be heightened with a stronger duet vibe about it.

These thoughts are, however, put to one side with a great album closer on the album-titled track Dare to Hope. Pulling all that has been learned throughout the entire album into a dexterous and dreamy country ballad, this track shows off a sweet and innocent side to the songwriting that works very well. It all rises up into a strong chorus that sends the listener on their way nicely.

Dare to Hope is, at times, gently caressing and at others ruthless and powerful. Wrapped in a classic rock and country bow, it’s an album where you get to know the innermost thoughts and feelings of a songwriter unafraid to let it all hang out. It’s a showcase of talent with a few really strong ideas, and with a little more tailoring on the vocal arrangements, it could really round off the rich soundscapes within.