Home » articles » Blueanimal: Figment That Was Me – Review 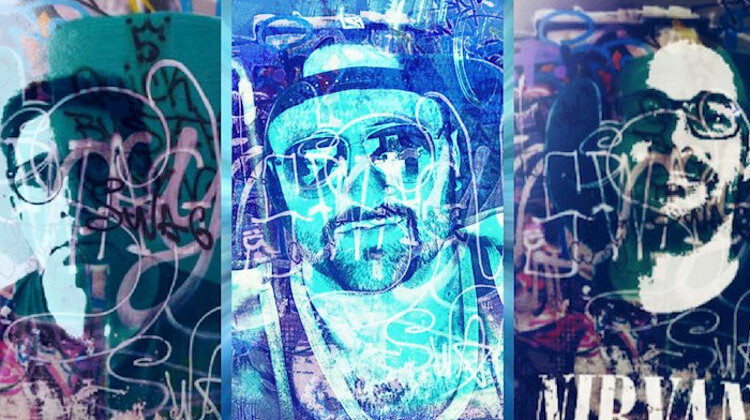 Blueanimal release an album full of hard-hitting topics and alt-rock flows with Figment That Was Me.

Alt-rock band Blueanimal from Orlando, Florida have created some of their darkest work with new album, Figment That Was Me. A departure from their previous albums, this meddling of 90s alt-rock, grunge, prog, and acoustic combines with lyrics helping form a concept album that delves into battles of depression and what this can mean for relationships, self-image and all facets of life.

Starting with On My Mind, the band shows off its powerful yet elegant build-ups as bass-laden drums gradually lead electric guitar forwards before everything cut-outs for Luke Elms to say “Sometimes in the dark of my mind”. It gives you a taste of the atmosphere and what to expect from the entire album… that atmosphere is dark. Elms’ softly spoken vocals then explode briefly in the choruses as guitar work also raises its game. Followed by the more ‘classic rock’ sound of Only A Man, there’s also hints of Alice in Chains as the riff-driven sections build on a thick atmosphere that is further darkened by the lyrics: “I’ve got a secret I’m holding inside me, I’ve got a secret I’ll never tell you”

As mentioned earlier, the record is based around the difficulties of mental health and gives many insights into how hard it can be to deal with throughout the record. Rock Bottom takes on that settled, 90s alt-rock sound as lyrics build somber and distraught elements of mental suffering and not knowing where to turn: “Here I am, slowly falling, darkness calling me in”. What Does It All Mean starts with a gentle piano track and acoustic guitar which is a nice change of pace and allows Elms’ vocals to take more of a centre stage, once again calling on lonely and emotional stories before strings are added into the chorus to build on the atmosphere even more.

As you move to the deeper cuts of the record, it can feel as though the band are delving even further into their troubled minds, but with it comes even more intrigue. Searching surfs on a wave of Eastern promise as strings and bongos provide a tantalising backdrop to the track, whereas album closer Better Than This shows off what the band can do in a live setting with just an acoustic guitar. It’s a nice end to the record and feels a lot more personal; as if you’re getting to know the artists’ pain just that little bit more.

Figment That Was Me from Blueanimal throws the listener right into hard-hitting topics around mental health which can be difficult for some to hear, but they need to be said. It’s a brave concept to base an entire record around but it works well. At times you feel a change of pace or direction could brighten up certain areas, but there are a couple of switch-ups that do work very well.