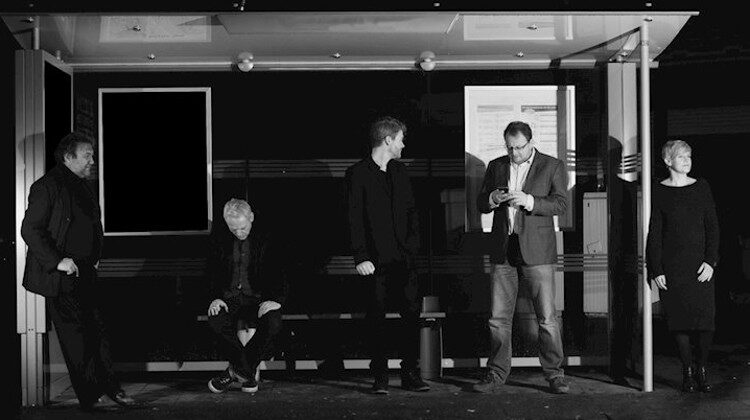 Blue and Broke show off their dexterity and musicianship with the genre-twisting and pleasing sounds of Night Shadows.

Belgium-based group Blue and Broke are a band that are willing to experiment on a full-length, and that makes them brave. From an evolving sound that delves into soul, rock n’ roll, pop, and ska, lead singer Melissa Anthuenis is the perfect front person to hold everything together on new album, Night Shadows.

Starting with As I Can, a settled piano riff leads into deep, strumming guitars, pounding drums and Melissa Anthuenis’ vocals powerfully pushing everything forward. The track builds on pop-rock melodies before hitting on an uplifting chorus that catches the imagination. Followed by the acoustically warm and pretty Bear It All, the track shows an inventive change of pace against the dexterity of Anthuenis’ vocal talents. With a tinge of Americana, clever chord progressions and a rolling drum beat, the track finishes in a strong way.

As the album develops you get a real sense of a band having fun and able to focus their talents on different genres, even if it’s all wrapped in rock n roll undertones. Most of the Time that features The Amstel Gospel Choir, obviously, leans on a soulful attitude to back up the Hammond Organ before building its way to a settled chorus. For me, the chorus could have hit a little harder to counteract the playful verses, but it still manages to work. Outside focuses on a more pop-rock sound with a hint of 70s soul accompanying lyrics of contemplation and warm, summer memories: “Maybe they’re just playing outside, building sandcastles in the sun, smiling and having fun when they crumble because of the tide.”

As we move on to the deeper cuts of the record, perhaps a little verve and guile is lost, but there is still a lot of inventiveness to discover amongst the myriad of styles being introduced. Shell Game is an interesting ska-influenced, beat-driven piece that uses trumpets well, whereas the slow and sultry Was It Worth It is perhaps the most emotionally charged track on the record. No Reason to Panic caps off the album, once again relying on wind instruments to add a little dexterity and fun to proceedings, as Anthuenis really lets her vocals go, showing off her character in a strong and pleasing way.

Night Shadows from Blue and Broke is a band having fun and experimenting with their sound. The band rallies around Anthuenis’ fine vocals that are able to adapt to any style of music that’s being played and bring the track together in a usually pleasing way. Perhaps a few more choruses that really bring out their sound could have helped take the album to the next level, but it’s still a record that is a fun listen with many influences.