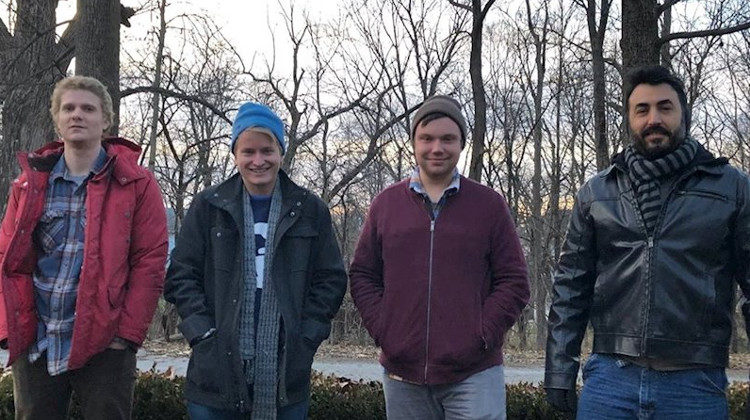 New record Moments and Fragments by #Bloomerangs shows a real penchant for going beyond jazz to explore new ideas and soundscapes.

#Bloomerangs describe themselves as a musical collective exploring genres from all around the world. This description really hits the nail on the head, especially on new record Moments and Fragments. The album sees the band’s strong base of jazz deconstructed and explored through different genres and ideas that somehow manage to confront the listener, but also keep them at ease.

Home starts off the record with gentle blues-esque piano sounding like something from Norah Jones’ first record. The slow and sultry sound is then joined by drums before the rest of the instrumentation is thrown into the fray, creating strong layers that ebb and flow to create the distinct but subtle melodies. The guitar does well when it takes centre stage, taking on the role of vocals to push the track forward and develop a personality over which the music glides. A strong start.

Leap and Bounces then cranks things up a notch a fast-paced jazz sound that jumps from idea to idea, each instrument having its time to shine in the spotlight. The drums keep everything tight and together whilst also exploring hidden crevices and ideas throughout with the bass manipulating everyone at times to keep things interesting.

As always, jazz is about inventiveness and thinking on your feet. Throughout the record, you can almost hear the musicians fighting for the front seat, but also happy to sit back and let others shine when necessary. Catch A Clue is vibrant in its odd time signatures with the piano riff forming the foremost vocal point where everything else is built around, whereas After the Fact relies on a solid base and energetic waves of instrumentation to allow the track to grow in stature throughout.

As we move into the deeper cuts, it feels the record opens up a little and a few more ideas and atmospheres can be tried and tested. Change of Pace almost borrows from indie rock as electric guitar whales in an almost doom-laden track that opens the mind to the possibilities and directions this band are willing to go in. Mind Your F then calms you down as gentle harmonics and bells lead to a strange serenity that has not yet been experienced on the record. The album finishes on That Sums It Up which is pretty accurate to its namesake. Managing to pull in a plethora of ideas from throughout the record, it’s an intense ending that batters and bruises its way forward against more strong ideas leaving you little time to breathe or take in what’s unfurling in front of you.

Moments and Fragments is not just about jazz, but the constant borrowing and restructuring from other genres and ideas. It’s a glance into what jazz can do and what it can become when the past sound is not just relied on, but updated with an intriguing ability to listen to what’s around you and adapt it to grow by itself. A really interesting record that’s bound to appeal to more than jazz connoisseurs.