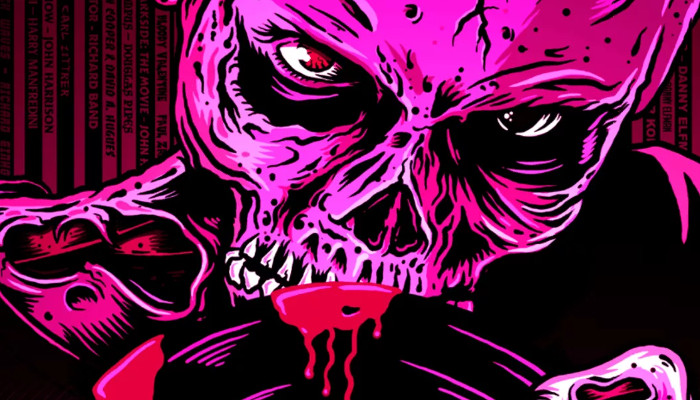 It’s easy to forget just how much music can influence the atmosphere of a movie, and it’s none more so apparent than in the genre of horror. Imagine Jaws without the legendary ‘duh-dums’ or The Exorcist without Mike Oldfield’s haunting Tubular Bells and you quickly realise just how much impact the music makes.

Coffee table book Blood On Black Wax aims to present to the world the cream of the crop when it comes to horror soundtracks on vinyl, with each full colour and beautifully presented album cover accompanied by interesting insights into the record’s history and the music stored within the grooves. The book is a joint effort between horror enthusiasts and music lovers Aaron Lupton and Jeff Szpirglas, both writers for the famed horror magazine Rue Morgue. Jeff had the initial idea of a book based around horror movie soundtracks and, after a few conversations with Aaron and a mention of his monster record collection of horror soundtracks, they decided to build the idea around vinyl.

The foreword to the book is written by famed filmmaker Mick Garris (Critters 2, The Stand) who delves into how music can completely change a film’s direction from just a few notes and how it isn’t just there to make people jump in the right places. Aaron and Jeff go on to further discuss this in the introduction, as they set about their love of the genre and how it is inexplicably linked to the music. 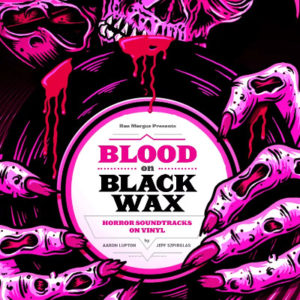 The book is split into a range of chapters, each focusing on a different sub-genre of horror movies. Ranging from classic sub-genres such as ‘Supernatural Horrors’ featuring the likes of A Nightmare On Elm Street and Evil Dead to ‘Creature Features’ with classic horror flicks such as Jaws and King Kong, the book has managed to categorise the films in a truly unique way. This really sets the book apart and shows the writers as true, avid fans, as they delve into other areas such as ‘Italian Terror’ (a personal favourite of Aaron) and ‘Rock ‘N’ Roll Nightmares’. The book also does well in covering both well-known, big-budget movies as well as the more indie and lesser-known titles that you’ll be able to hunt out for yourself if you feel the need.

The way the book is presented is truly stunning, with each record cover taking up two-thirds of the page amidst a write up in the final third. Each write-up can dive into the movie’s premise, offer insights into the film score, or delve into the background on the composers and artists. They also offer up facts about the soundtracks that may surprise you: For example, I didn’t know that Ray Parker Jr’s Ghostbusters theme was sued for sounding too similar to Huey Lewis and the News’ I Want a New Drug that was eventually settled out of court. I was also unaware that in 2014 Run DMC released a take on the Ghostbusters theme on vinyl that smells like marshmallows! This is just a small snippet from one movie soundtrack featured in the book, and with over 200 pages of records to sift through, there’s plenty to keep you occupied.

What gives the book a truly genuine and high-quality feel are the record images. The size allows you to really get to know the album covers and drink in their design, splendour and inventiveness. When looking closely, on some of the photos, you can even see the frayed edges of the records that have come directly from Aaron’s collection. There’s nothing better than sharing in a well-loved record that’s had more than its fair share of spins.

Blood On Black Wax is a truly fascinating book presented in a way that allows the reader to really get to know the soundtracks. It features some fantastic artwork and stories about the horror-tinged records that will keep you entertained and coming back to again and again. Even if you’re not a horror fan, the book is just a really interesting read and is likely to tempt you into discovering more from the horror genre, both musically and visually.

You can buy Blood On Black Wax from 1984 Publishing, or it’s also available on Amazon.