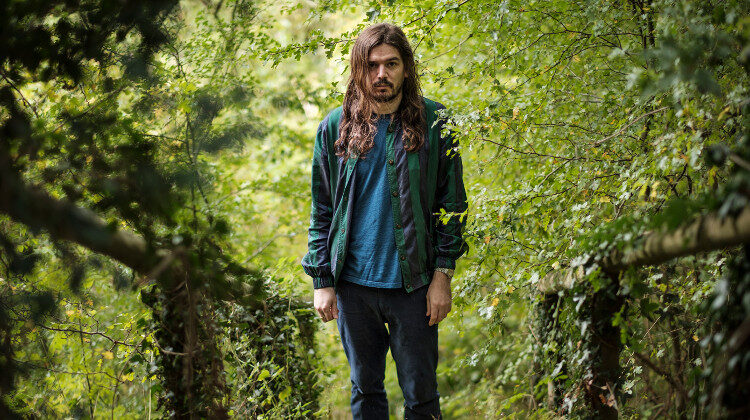 Bibio, the king of folktronica, serves a calming, carefree and largely instrumental reprieve from our current calamities with his latest sojourn into wyrd folk pastoral.

On his eleventh album as Bibio, the Wolverhampton native Stephen Wilkinson continues to bottle the hazy serenity essayed on last year’s bucolic Ribbons, a comforting cocktail of arpeggiated guitar and soothing whimsy buffeted by a menagerie of found sound. Sleep On The Wing can be viewed as a succulent companion piece, offering a pleasing dichotomy of organic and digital that both revels in an embalming warmth and exhibits an experimental sensibility.

Over the course of fifteen years as one of Warp’s most inventive and mind-bending sound sculptors, Wilkinson’s homespun folk pastorals have fought for space with ambient psychedelia, glitchy, J Dilla-like collage plunderphonics and electronic drones. His music has taken inspiration from acts as disparate as Boards Of Canada, Madlib, Tortoise and The Incredible String Band.

Recorded over the space of a year in his home studio, Sleep In The Wing settles quickly into his laptop folk mode, all ambient twinkles, whispering tones and bowed and plucked acoustic guitars; it’s firmly within the grassroots lineage of British psychedelia and Arcadian paganism documented by Rob Young’s Electric Eden.

On the eddying title track, Bibio lulls the listener in with a transfixing evocation of the rolling English countryside on a summer day: “Sleep on the wing/Without the lights of the city/Lamb in the fields/With the folds and the clover”. Lyrically Wilkinson interrogates the premise of fleeing the city to find some grounding and peace in nature, as well as the psychic liberation of imagination; there’s a sense of salvaging consolation in the face of something tragic, unsettling or discomfiting. Musically his bittersweet harmonies and finger-picked guitars conjure a pensive soundscape that’s both ethereal and familiar.

Bibio liberally sprinkles his folk-hewn opus with an array of choice moments, from the cockle-warming marriage of frayed fretboard and genial waves of apple-sweet warbling on the fluttering, honeyed vocal track, Oakmoss, to the short burst of mossy finger-picking on Otter Shadows, which carries echoes of All The Flowers from Ambivalence Avenue. On the former, the songwriter reaches for a wide-eyed, Kings Of Convenience-style tone that’s undercut with a nagging intimation of darkness that pervades much of this immersive and haunting record.

The traditional folk guitar patterns and heart-wrenching strings stick images of cosmic awe in your mind on The Milky Way Over Ratlinghope, as the expert alchemist layers wordless harmonies over an entrancing swoon of sweeping violins whilst summoning the sensation of waking up to the world. Lightspout Hollow is a simple yet affecting mixture of birdsong, running water, splashes of piano and emotive guitar, like an alternative Bagpuss theme.

Flashes of ingenuity and shape-shifting invention abound, from the juxtaposition of nimble classical threads and Boards of Canada-like synth burble on A Couple Swim to the shades of musique concrete on Crocus and the almost rowdy, old-time jig momentum cooked up on Miss Blennerhassett. The closing piece, Watching Thus, The Heron Is All Pool, is arguably the most impressive, a yearning slice of autumnal pastoral that could easily fit on an episode of Detectorists.

Bibio’s feathery soundscapes engineer a tantalising blast of cool air on a boiling hot summer afternoon; his latest offering delivers an inviting and accessible exploration of faded memory, rural life and babbling brooks with sonic precision and heartfelt charm. Anyone seeking to re-charge their batteries in these tumultuous times should look no further.