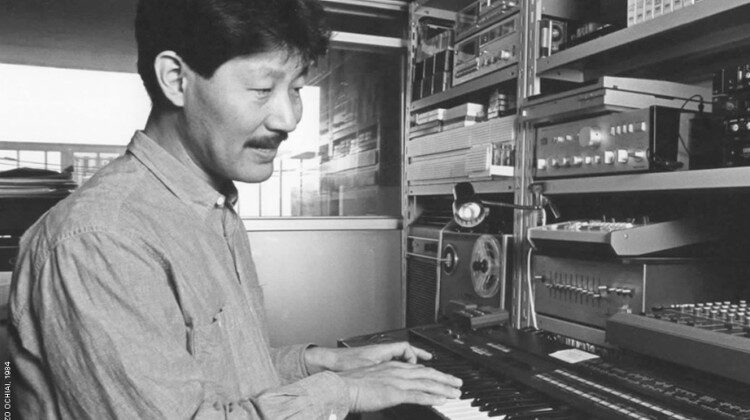 Michael Sumsion examines the reissue LPs and compilations that shaped a tumultuous 2020.

A discerning, pristine and well-chosen reissue can invite erudite discussion, shine fresh light on hitherto unexplored or discarded areas, scenes and artists of musical history and elicit overdue recognition for musicians who were unlucky or just out of shape with their times. The most powerful reissues share the joy and make cult discoveries accessible to all; this is where vinyl comes into its own, with its immaculate presentation, curatorial passion and scholarly devotion.

From South London to Japan, Uruguay, Brazil and beyond, these are the reissues I coveted and adored this year.

Flaming Tunes’ startlingly idiosyncratic and homespun 1985 debut received a cassette-only release at the time, but Superior Viaduct’s excavation job reframes the South London recording as a lo-fi, DIY masterpiece, a private dispatch of daydreaming wonder. Revisited through 21st century ears, the joyous, crystalline reverie of childhood pals Mary Currie and Gareth Williams sounds both timeless and very modern in its magpie sensibility and approach: the mercurial mix of murky synths, minimalism, bucolic freak-folk, sonic collage and found sound anticipates the discursive junkyard-folk of early Badly Drawn Boy and the drone-inflected pastoralism of Grumbling Fur as much as harking back to the 70’s pomp of post-glam, pre-ambient Brian Eno and Kevin Ayers’ baroque Canterbury psych. Inspired by Williams’ travels in India after leaving the band This Heat, this is an inspired, scatter-brained sojourn into experimental whimsy, gloriously out of sync with the glossy and shallow fare of its day.

This wonderful reissue of a private press disc from 1978 unearths the sanctified gospel-soul sounds of The San Francisco Christian Center and makes for a comely companion piece to file alongside last year’s Christians Catch Hell and The Time for Peace is Now sets. The titular Center opened in 1954 and quickly conjured a rarefied legacy of musical power and inspiration for its flock of disaffected hippies, the disenfranchised and the poor; the uplifting, soul-rock-infused music on Cultures Of Soul’s handsome compilation rings out with a bell-like clarity.

Yoshimura’s contemplative and much admired 1986 masterwork, Green, saw its first vinyl reissue in 2020. Its polymathic Japanese creator died of cancer in 2003 but he left behind an enviable and impressive body of work as a pioneer of ‘kankyo ongaku’, or ‘environmental music’. Loosely informed by Brian Eno’s ambient set text, Music For Airports, the wispy and melancholy Green induces a leisurely calm and encourages the listener to re-connect with the sounds and frequencies of the natural world. Much like the best work of Eno and Erik Satie or even Kind Of Blue, this is meditative, blissful and transportive ambient sorcery in excelsis.

Vampisoul’s sublime snapshot of 1980’s Uruguayan New Age dream-pop offers Spanish DJ Javi Bayo’s wide-eyed selections from a fertile group of musicians who fused Candombe and Latin American dance rhythms with drum machines, acoustic guitars, jazz-fusion textures and analogue synthesisers. The result is a captivating blend of electronics and ambient folk, which raises the question of why this entrancing, shape-shifting music existed under the radar for so long.

Recorded in Nashville in 1975 and previously unreleased until this year, Cordial’s blue-eyed country-yacht-soul reboot shimmered across 2020 with grace and charisma. The Kansas native is still putting out music now, but this understated, smooth-as-silk obscurity seamlessly joins the dots between James Taylor, Cat Stevens, Bread, AOR and the yacht-rock fraternity with a dash of gentle psychedelia. Sunshine and Love Song are stand-outs of melodic sweetness and catharsis.

The Finnish vinyl reissue specialists Svart excel at exhuming interesting international music from the vaults, and this rarest of rare booty from the brilliant 1970’s independent label Strata East unreservedly fits their bill. Recorded in 1977, The World Of Children delivers heartfelt, deeply crafted and rhapsodic spiritual-jazz from a modal bedrock, with Farrah’s strident alto sax meeting Smith’s loose, free piano expressiveness at a beatific mid-point between lyricism and exultation. Aided by sterling back-up from Joseph Gardner’s trumpet, Freddie Wren on drums, percussionist Tony Walters and bassists Kiyoto Fuiwara and Milt Suggs, this is a memorable, enriching set of intuitive interplay and exploration.