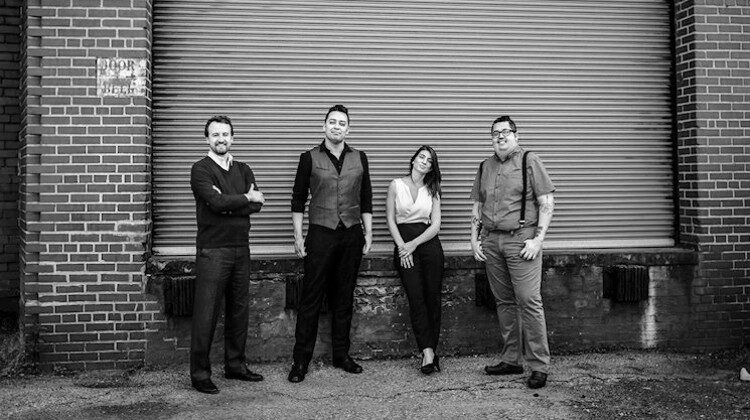 Pittsburgh-based music collective Beo String Quartet have something different to offer, as they attempt to blend classical sounds with progressive rock. This might not feel like a great idea at first, but combining this with lyrical astuteness and dark, meandering structures really gives off something different that, if you’re willing to try, you just might enjoy.

Starting with Prologue leads us into a warm and inviting atmosphere as, unsurprisingly, strings build to create an opening emotion of sadness, but also intrigue for what’s to follow.  Getting more playful by the end of the track, you’re then thrown into a completely different atmosphere with Dreaming. Whereas the opener was ethereal, classical and stripped back, Dreaming hits you with a stomping drum track, metal-esque vocals and a rock-infused rhythm. Heavy guitars enter the fray as the music transitions from the settled to the energetic at the drop of a hat, all with the classical string section in the background against the raucous rock energy.

This mix of styles and sounds takes you by surprise the first time you listen and can take a while to get used to, but it’s a clever mix of ideas that the quartet have obviously worked on hard. Also, they don’t just focus on hard rock elements; Walking has a more funky and playful opening, even if it’s tinged with that hint of sadness again. This evolves into a beautifully crafted finish, ebbing and flowing in interesting ways before coming alive for an epic end.

One thing you can’t accuse the Beo String Quartet of is being traditional in their song construction. Each track is a genuine surprise for which direction they will go. Dancing is a slow-builder that relies on clever lyrical flow to build the atmosphere but could do with a little more ingenuity in the actual vocals themselves. It has a unique eastern flavour at times that sits well, however.

IntroSpectre settles things down against some beautiful string arrangements and layered vocals that build well before Ghost 4 offers up a dark and twisting instrumental blur of emotion and intrigue. The record ends on that delicate sadness in which it started with Epilogue, a summary of the exciting journey that has been taken.

If you’re looking for something completely different, Beo String Quartet and Ghosts Revisited could be just the thing you’re looking for. With excellent instrumental sections and atmosphere building, the musicianship is impressive throughout. Throwing rock and metal into the mix can feel a little jarring at first, but you get used to the inventiveness, even if the vocals don’t always hit home. A great idea and something very different.