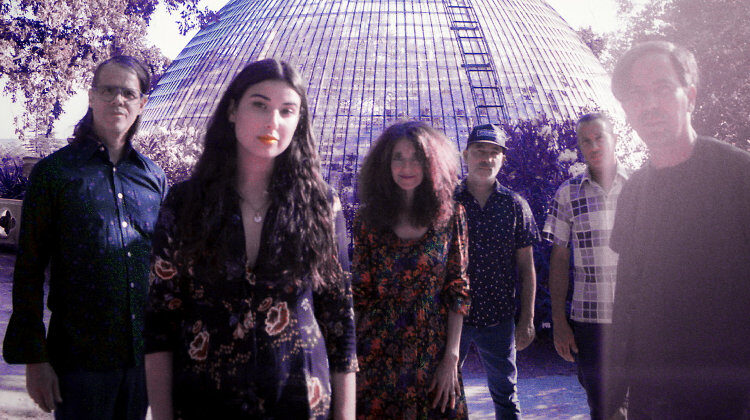 On their dreamy fourth album, the Lisbon-based multi-instrumentalists Beautify Junkyards plunge down a vortex that falls somewhere between breezy Tropicalia, icy electronica and psychedelic dream-pop.

Weaving together laces of acid folk, dream-pop, Tropicalia and electronic fantasias, their eerie and ethereal sonic tapestry conjures a beguiling fairy-tale ambience that blasts the listener into a discombobulating fever dream. The title of their fourth album, their second for the hauntological label Ghost Box, could not be more apposite, as the word means an exhibition using lights, mirrors and an array of global perspectives.

The gorgeous Reverie is a thing of crystalline beauty, a sprightly, baroque psychedelia bubbling with unease and enchantment and adorned by the pretty and calming vocals of Nina Miranda from Smoke City. Similarly, the Nina-abetted Parangole lures the listener in with a Pentangle-like, finger-picked melody, a pristine and languid Latin pulse and effortless segueing between Portuguese and English. The Collector is an enthralling fusion of hazy cello and dub effects, whilst the lovely title track swims in a sinister electronic pool of lush pagan folk.

Beautify Junkyards are clearly bewitched by a similar clutch of influences and inspirations as Broadcast and their modern heirs, Vanishing Twin – cultish folk, Czech New Wave cinema, psych and electronica pioneers, Krautrock – and on this record they exude the gauzy seasickness of a beautifully crafted analogue hallucination: thrillingly ancient and yet uncannily futuristic, comfortingly familiar but hypnotically foreign.