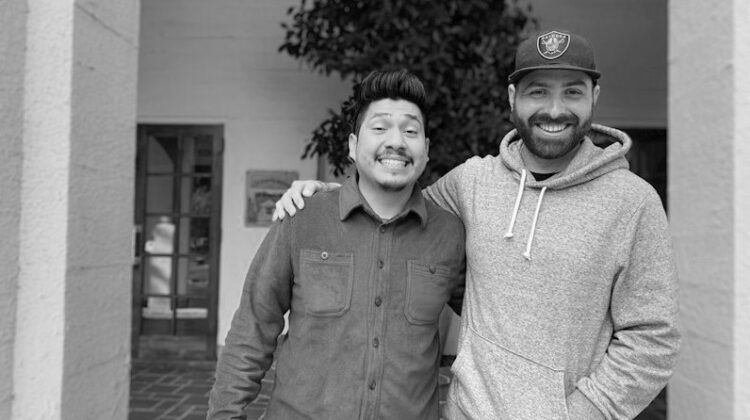 Houston, TX-based project Beatnik Neon is the brainchild of duo Nolan Farmer and Yann McBreton, who have created a sound to their music that feels both subdued yet powerful. It’s an interesting mix that is hard to put into one genre, and that’s why it works well. With a little help from guest collaborators along the way, album Yoreself shows a deepness to the music that will keep you listening to the end.

Starting with track Colors, it’s an interesting beginning of gentle piano and vocals that are gradually added to as strings and electro beats slowly take over the atmosphere. Like much of their music here, it’s hard to pigeonhole the track into just one genre which is why it can be such fun to listen to.

The subtle and playful nature of the opener is changed to a darker and more foreboding mood on follow-up track The Cure, a slow-building beginning that gradually reaches pulsating beats against downbeat lyrics and ethereal soundscapes. Their penchant for leading drum tracks is in full play here as they guide the song forward amongst a smattering of intriguing rhythms and flows.

For all the eclectic rhythms, there does appear to be an ‘overall sound’ that the duo tends to stick to, one that is more recognisable as the album progresses. Christine Nicole brings out a new side to the vocal tones on Rag and Bone, with perhaps one of the strongest choruses on the record that still keeps in tone with that dark, brooding atmosphere. Spiders slows things down even more with what feels like a classical touch to the drive of the track, managing to build something mesmerising even against less layers. Christine pops up again on Yourself to help bring the track out of its shell amongst pleasing, ethereal flows.

In the strength of the sound-building throughout the album, some listeners may feel that a more vibrant track or two could help round it out. This could be said to be true, but on the other side, it could also weaken the album’s overall atmosphere, which actually hits home harder in the deeper cuts. Sunset manages to delve into an even more ambient style at just 45 seconds long, building up to the string and piano-heavy finalé of Nocturn. It’s an interesting conclusion, especially as this is an instrumental ending and one of the only times we hear a vibrancy and power in the choruses with big drums and powerful flows.

Yoreself by Beatnik Neon is an intriguing listen that is content to, for the most, create a slowly building sound with drum tracks providing the leading energy. Some may feel a little more energy in places could help awaken the senses at times, as shown in the record’s conclusion, but the album still manages to feel like a well-constructed piece of art.