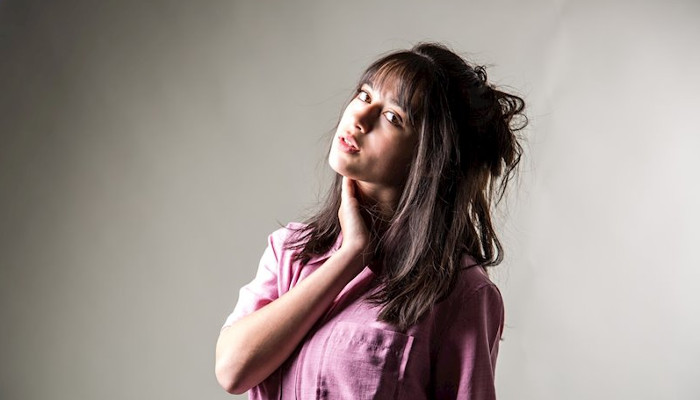 Aza Nabuko, with her self-titled EP, manages to conjure up dark and emotion-laden atmospheres as she uses strong melodies and structures to push the tracks forward.

Vancouver-based singer-songwriter Aza Nabuko is only young at 16-years-old, but listening to her music you feel like she’s wise beyond her years. The amount of heart-ache and solemness could be coming from someone twice her age, and ii’s a compliment to the talent and emotional maturity this artist has. Her self-titled EP is a mix of heady goth-pop that shows off Aza’s penchant for strength in structure and building track creatively from the ground up.

Strangers starts off the EP with Nabuko leaving nothing to the imagination, straight away uttering the unsubtle line: “You treat me like dirt so you can walk all over me.” This sets the tone as a gentle beat and subtle acoustic guitar build in layers as the track progresses. The melodies are strong and the chorus is cleverly elusive instead of going full-throttle; this suits the track well and offers a difference from all the other ‘build-up to a massive chorus’ blueprints out there. 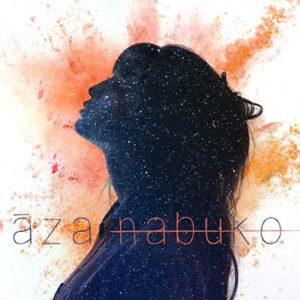 Ordinary continues to show off the performers penchant for a nuanced performance, relying more on the singers tailored vocals as they flutter over gentle melodies and finds rhythms and rhymes where others would miss. The chorus is a little more generic, but still has a distinct quality that makes it only Aza’s, with a nice addition of strings worked in. Fade Away has all the heart and structure needed to raise it above its subtle piano that guides the track forwards and allows the vocals to soar into a powerful chorus, whereas Heart of Concrete feels and plays out a little more dark amongst downbeat tempos and angst-ridden lyrics: “It’s time to fight for my life, but I’m alone and I’m broken, inside I am frozen, I can’t carry it, it doesn’t fit, it weighs way too much”.

For all the strong melodies and switches of styles, the record feels most settled on the downbeat ballads that make up most of the EP. Space Between is a testament to this, feeling like a mix between Lana Del Rey and Billie Eilish as Aza takes that goth-pop sound and pulls in her own influences of heartache and malice that breathe life into the beats and sounds. When We Fall in Love finishes the EP strongly, relying on a rising atmosphere to pull the track together into one of the busiest choruses on the record.

Aza Nubuko feels like she’s paving the way for what’s to come on her upcoming album with this self-titled EP. We get a taste of different styles that mix amongst downbeat sounds and emotion-laden imagery, while her vocals willfully push the tracks forward amongst piano, strings and guitars. The drums manage to pull everything together into a settled sound, with that tinge of goth-pop creating an atmosphere required for the tracks to work. A strong effort from an artist with a big future.