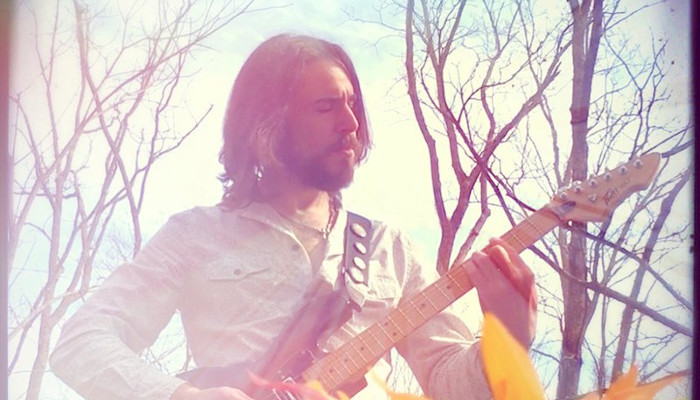 Aura Blaze takes a myriad of genres and sounds, throws them in a pot and somehow manages to create something coherent but never predictable in The Sparkling Black.

Aura Blaze feeds on inspiration. This is apparent as soon as new record The Sparkling Black begins and all the psychedelic potential in thrown at you with a gentle but heavy-handed force. This subtle but strong way that singer and brainchild of Aura Blaze, Rhode Rachel, gets his psychedelic messages across has its roots in the 60s and 70s psychedelia but also brings in a host of other genres to keep the listener guessing and the sound fresh.

Overture: Solar Emerge starts off the record, introducing the main theme: psychedelic sunshine pop. With vocals and chord progressions reminiscent of 70s Bowie, Rhode slips through a solar stream of psychedelic but addictive melodies that come alive as drums kick in to create a more traditional song structure. It still has its own charm as Rhode sings of battling conversations and making others happy: ”Help me find a way to change your mind, there must be some way to change your mind”. The different styles continue to develop, with a bit off an Elvis vibe even thrown in before hitting back to the pop psychedelia. A mesmerizing and surreal track. 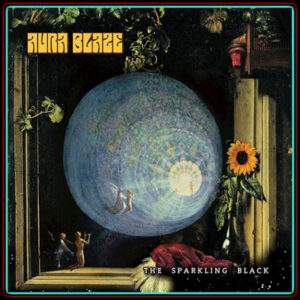 Good While It Lasted takes tips from The Beatles in style and harmony as the jaunty number heads to a 60s pop conclusion while Manipulation relies on Hammond Organ and heavy guitar to create a mix between 70s bands like ELO and more recent artists such as Tame Impala. It’s a blend that somehow works, with heavy guitars bringing the track alive amongst more calm sections and psych rock.

By now you’ve probably realised it’s hard to pigeonhole this record. One minute we’re rocking out, the next we’re trapped in a slice of psychedelic hypnotism and flowery production. There are no let-ups as the record rolls on, either. No Soul That Couldn’t Be Sold In Hollywood looks to Jim Morrison and The Doors for its vocal harmonies and floaty production, whereas The Sparkling Black takes this attitude and turns up the sonic spectrum with spiritually haunting sounds and playful melodies. This is all pitted against classic 70s rock and the track even throws in a dirty guitar solo and underground menacing vocals to make it sound like a bad trip.

The record ends on the mellow Reprise: Lunar Dissolve, building on an echo-laden atmosphere before strings and claps head into a super-sonic, disco fever dream of sound. This is then stripped away as soon as it arrives, with the track slowing down to a more crescendo-laden epic that could be compared in places to Pink Floyd. Quite the ending.

If you can keep up with the constant changes in style and substance, then The Sparkling Black may just be the album you’re looking for. Your mind is never allowed to settle as it’s taken on a trip around sonic landscapes, 70s rock and pulsing beats as soaring organs and beaming guitars transport you to wherever the music wishes. You feel completely at the mercy of the music and not knowing what to expect next; some may find this a little discomforting, but others will revel in the unknown. The musicianship and production help take the listener out of their reality as Rhode Rachel’s vocals are the guiding voice through this turgid landscape. The Sparkling Black always pushes onwards, unafraid to follow its journey through to the conclusion.