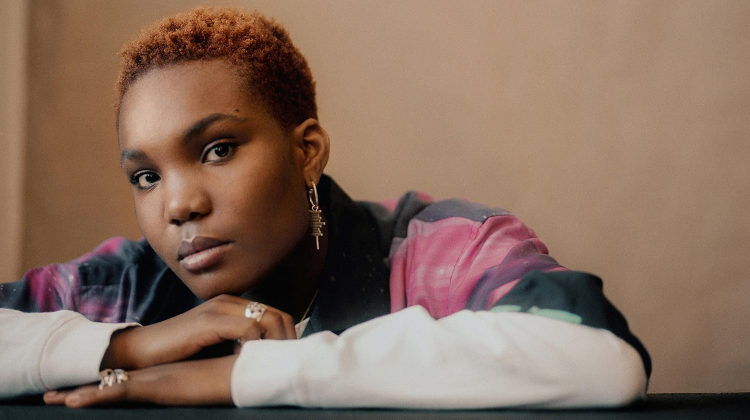 Since the release of her debut album, Collapsed in Sunbeams, in January, Arlo Parks has shot off like a rocket. She was nominated for ‘Album of the Year’ and ‘Best British Female Solo Artist’ and took home the ‘Best New Artist’ at this year’s BRIT Awards, as well as the coveted Hyundai Mercury Prize, and has been performing non-stop.

When it was announced that she would be touring the UK & EU, tickets sold like hotcakes. Even on the second night at Shepherd’s Bush, the place was heaving. Fans of every age and gender had come out in their hoards to hear the 21-year-old wistful poet, and as she sauntered on stage accompanied by a brass band, guitarists, and a chorus of soulful singers, there was a joyous cry from the audience.

Surrounded by bundles of flowers, potted plants, Anatolian rugs, and exposed light bulbs, akin to something out of a post-grad art student’s living room, Parks delivered a series of hits in that soothing, delicate voice, opening with big numbers like Hurt, Too Good and Portra 400. Cola, Parks’ first debut single back in 2018, had its moment to shine, as well as other older tracks like Angel Song – stripped back to a single guitar, a spotlight on Parks as she floated through the melodies.

These nights were huge for Parks. Shepherd’s Bush was where she had seen her first-ever concert – a space where she had seen so many artists before her and had only dared to dream. And now her journey had come full circle. Her parents and friends were in the audience, and she was filled with nothing but gratitude – it flooded her words. When Caroline came round, she thrust the mic out to the crowd and was met with a roar as we all chanted the chorus back, plastering a smile from ear-to-ear over her face.

Parks is known to create a gentler, mellow atmosphere at her shows. You don’t go for the jumping or moshing, or crazy light shows; you go for her. Never have I seen an artist completely change the tone of everything by reading a poem mid-performance, but she held the crowd transfixed, everyone desperately hanging on to every word she read; the silence and respect she was awarded was astounding.

She has this amazing ability to connect with people through her writing. Each one of her songs is personal and earnest and people appreciate that kind of vulnerability. Tracks like Black Dog, Eugene and Super Sad Generation aren’t just her story – they’re so many of ours as well. With each song she opened up about its inspiration, its meanings, the messages she hoped to impart. Before closing out the night with a flawless rendition of Hope – a song that reminds us all that we’re in it together and no one is truly alone – amber confetti gently cascading around her, Parks asks the crowd to repeat her mantra: ‘I am loved. I am lucky. I am brave. I am in control.’ If we took anything from the night, that’s what she wanted it to be.