Home » articles » Aradia: No One Can Stop You – Single Review 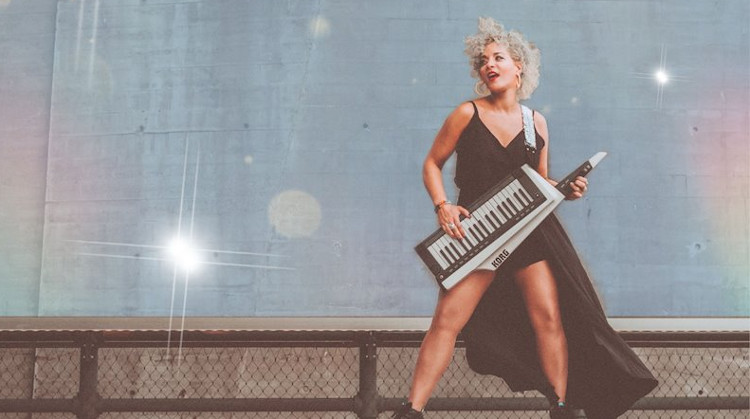 Aradia hits us with new track No One Can Stop You, calling on the best of feel-good pop amongst tailored beats and riff-laden synths.

Brooklyn-based Aradia has a way of bringing out the best in a pop song. Not only that but in the new single No One Can Stop You, she does so in a playful manner with a swagger and grace that makes it jolly good fun to listen to. Calling back to synth-laden 80s sounds and mixing with new techniques and thumping beats, if you need something to brighten up your day, this might just be it.

The track starts with a new wave flavour as drums lay down the beat against a synthy reverberating tone. Immediately catchy, Aradia’s prominent yet tasteful vocals then slide in to issue a call to arms to keep pushing forward in whatever personal battles you’re fighting: “I’m not saying it won’t be difficult, but we’ll move forward until they hear the call”. The catchy chorus then kicks in sounding like a mix between Blondie and The Strokes as guitars heighten, synths tighten and Aradia uses catchy melodies to tie it all together.

What the artist manages to do well throughout the track is purvey a sense of selflessness that is often not the case with pop music. Many tracks are about retreading personal turmoils or instances of self-reflection, whereas Arcadia shouts out to her listeners to hear themselves and lift their spirits that way. It also brings an element of fun that’s been missing in a lot of recent pop music; it reminds of camp classics at times such as 90s stalwarts Aqua or some of The Spice Girls more light-hearted moments.

Just over mid-way through there’s a short breakdown section that ensues and builds up, but perhaps could have done a bit more before looking to the chorus to takeover, but Aradia still manages to play it off with the vocals taking control before throwing you right back into the catchy atmosphere that takes you right through to the end of the track.

No One Can Stop You is a feel-good pop song and makes no apologies for it. It’s something we need in these often overwhelming times we live in, a song to just listen to, enjoy, and make you feel a little better about yourself.