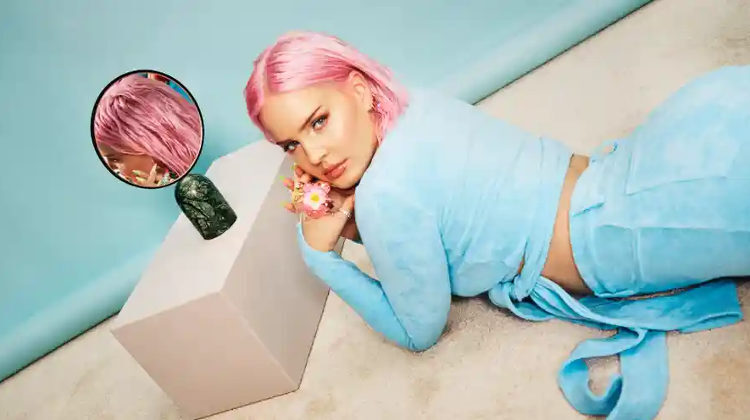 On her second studio album, Anne-Marie certainly has a lot of fun toying with her bubblegum pop sound, but the results are a mixed bag.

Anne-Marie took the mainstream pop world by storm back in 2018 when she released what felt like back-to-back hits on the radio. First, we got the fun and easy to dance to Friends which featured Marshmello – a song that is wonderfully upbeat even if it did get played to death on the radio. Afterward, we got 2002, which still to this day is my favorite track of hers. Sure it’s a little silly lyrically, but the song has a carefree feel to it that’s hard not to appreciate.

Because of her previous track record, I was curious to see what Anne-Marie would have up her sleeves for her second full-length album Therapy. On Speak Your Mind, Anne-Marie felt like she was having fun with each track and putting all her heart and soul into making a pop album to remember, but here, the tracks feel disappointingly repetitive and showcases that sadly, between 2018 and now, she hasn’t evolved as an artist.

The weird thing is that not a lot of these songs are awful (except for the opening track x2 which features some of the worst lyrics I’ve heard in a mainstream pop song in a while) but rather, lacklustre. They have an upbeat, vibrant feel and sound to them but the lyrics and overall production quality in each song is lacking a bit of flair and style.

Had this album been pushed back by perhaps a few months, I feel as though Anne-Marie could’ve seriously fine-tuned the songs here, adding a bit more variety to the album. A lot of the instrumentals sound the same with little growth anywhere in sight.

If I had to pick a favorite track, it would easily be the title track itself. Unlike a lot of the songs on the record, Therapy feels like an honest yet feisty piece where Anne-Marie opens up and expresses her personal life in intimate ways. “Temporarily I can see / I’m hurting you, it’s agony / And apologies, they won’t change anything”, the singer-songwriter proclaims on the track in heartfelt sincerity.

Another genuine standout here is Don’t Play which features both KSI and Digital Farm Animals, and together, the three of them make an exuberant dance track that will more than likely get stuck in your head for a while. KSI’s verse is the real standout here though. Lyrically it’s not great, but KSI certainly has fun with it and sounds energetic and on fire.

Therapy is an immensely frustrating album because all the signs of a great pop record are there, but unfortunately, it feels like it was released too early. Anne-Marie could’ve had a solid record on her hands but it ultimately felt rushed and lacked the flair and style that we’re used to seeing from her. Hopefully next time she will take a little longer to add finesse.