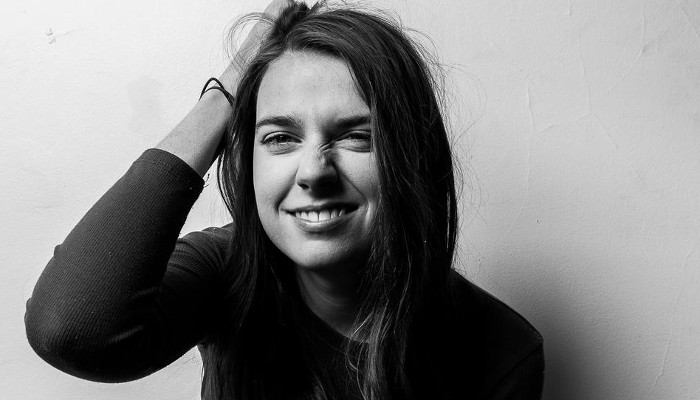 Angie McMahon certainly isn’t a newcomer to the scene, having previously released a total of six singles as a solo artist and building a following both in her native Australia as well as internationally. Her first single, Slow Mover, was released in 2017. 2018 saw McMahon release three songs, Missing Me, Keeping Time, and a version of Neil Young’s Helpless, which originally appeared on the Crosby, Stills, Nash, and Young record Déjà Vu. She released the tracks And I am a Woman and Pasta this year, ahead of her first full-length record, Salt. All of her previously released singles, with the exception of Young’s Helpless, appear on her debut album. Angie’s debut record has been much anticipated, and to say that it doesn’t disappoint is an understatement.

Salt opens up with a lovely track, Play the Game. McMahon’s voice is a potent instrument in this one, dominating the song with soothing and stirring vocals. The music is stripped down and allows her voice to shine, and shine it does. This is a nice way to open the record and sets the mood wonderfully.

Next up is Soon, which flows seamlessly from the opening track. McMahon’s voice is soaring on this one and commands your attention throughout. At times the vocals are reminiscent of Florence Welch (Florence and the Machine), and this is simply a wonderful and emotional listen.

Keeping Time kicks in with a rock-solid beat and has a strong guitar-driven intro. The lyrics have a relatable quality, for mostly anyone: “Now I’m keeping time, or at least I’m learning how to…I’m taking flight or at least I’m just about to”. The tempo of the song is a perfect contrast to the first two tracks as the record continues to gain steam. 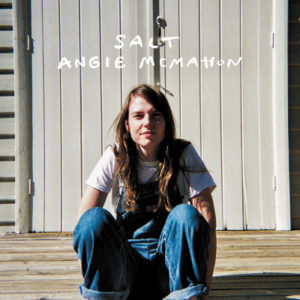 Slow Mover is one of the highlights of the album and has a real nostalgic feel. Mostly anyone will be able to relate to the mood that’s created, and what a special quality that is: “Maybe you will get married… maybe fall in love… could you make me fall asleep… when you’re holding me?… try settin’ me on fire”. Angie’s rich, soulful voice continues to captivate the listener.

Missing Me is an emotional track with a deeply intimate feel. The rhythm section lays a strong foundation in this one, and musically it is a fantastic song in its own right. But as is a common theme here, McMahon’s vocals are stellar.

Push, Pasta, and Standout continues to develop the sound both musically and lyrically. Pasta was written during a creative drought for the songwriter, and comes across as very real: “I just sit in my house making noise for fun…And I’m not moving much or proving much to anyone”. The words ring out as if coming from an artist beyond her years. The tempo builds to a feverish level mid-song adding to the dramatic mood. The words stick with you even after the song concludes. Standout has a nice groove, bluesy guitars, and is another great addition to the record.

The final trio of songs on the record are Mood Song, And I am a Woman, and If You Call. And I am a Woman is one of the most powerful tracks, lyrically speaking: “You are in my home, you are in my home…And I am a woman, a woman, a woman”. The words are delivered with a passion that makes you feel like you were in the room with her when she wrote the song. Salt winds down with If You Call bringing the record home in an emotional fashion.

Salt is a wonderfully crafted release. It will make you laugh, cry, but most of all it makes you feel. Salt doesn’t strike you like a debut record in any way, it instead has the feeling of a seasoned veteran on top of their game. Angie McMahon studied the lyrics of some of the greats…Bob Dylan, Nick Cave, and Leonard Cohen. The work she has put into her music is evident, and with a debut album this strong the sky is truly the limit for her.