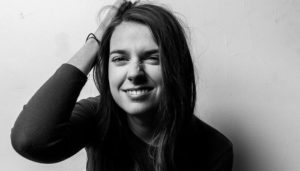 Angie McMahon delivers a magnificent debut record with Salt, with plenty of wonderfully crafted tracks and strong, relatable lyrics. Angie McMahon certainly isn’t a newcomer to the scene, having previously released a total of six singles as a solo artist and building a following both in her native Australia as well as internationally. Her first single, Slow Mover, was released … END_OF_DOCUMENT_TOKEN_TO_BE_REPLACED