Home » articles » Andrew Reed: As A Bird Of The Air… – Review 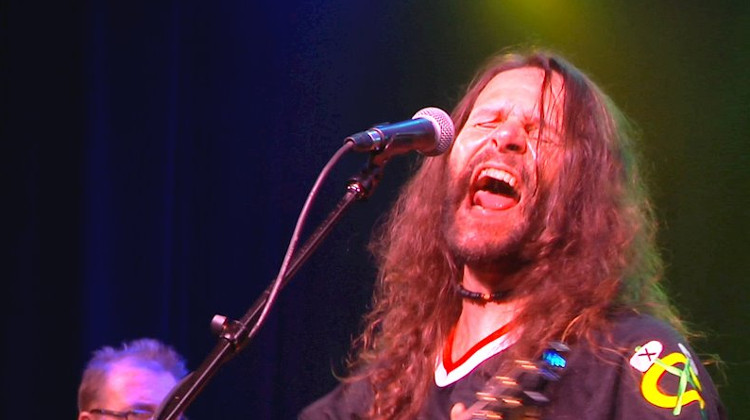 Andrew Reed creates a sentimental 80s rock-influenced record in As A Bird Of The Air… that draws on earlier guitar-driven influences to complete the sound.

Many of us are now getting used to staying inside and sef-isolating due to global circumstances, but for record As A Bird Of The Air, Andrew Reed did this in order to chase a lightness and develop the music he knew was in him. Isolating in his cabin away from social media and the likes for a year allowed the artist to observe his own thoughts and the nature around him, helping develop the all encompassing nature of the record against a creative eighties rock atmosphere.

Album-titled track As A Bird of The Air… kicks off the record with synths gently rising and falling against Reed’s settled vocals welcoming you into the album. As synths and vocals get more intense, it suddenly finishes quickly and we’re thrown into Strangers with a thumping drumbeat and a playful guitar riff – this is where Reed feels most comfortable and it shows. The eighties rock sound envelops the mind and comes alive in a chorus that unleashes the track’s pure energy as lyrics delve into Reed’s mindset: “All we have is each other and it might always be that way”.

Although the album focuses on an eighties rock sound, Reed also draws from a psychedelic pallet and manages to even pull out pop connotations at times. Twisted World adheres to the latter, with the song structured in a way that builds solely up to the strong chorus in a way that chart hits tend to do, allowing the track to present itself in an engaging way. Memory takes on the aforementioned psychedelic vibe, drawing from 70s influences as if floats along on a cloud of bliss and sincerity. Reed’s vocals are perfectly suited to this kind of atmosphere and benefit from the laid back attitude.

For all the good work, at times some of the tracks fall into a state that is too similar to make them stand out. I Need Her Love tries to play on an eighties indie rock sound, but being stripped of more energetic guitars makes it lose a little focus and vigour. Take My Hand By The Sea could benefit from a chorus that stands out more, but does great work in providing strong riffs and silky vocals that work well in the verses. Despite this, there are still memorising moments throughout, with Musical Woman being a prime example, revelling in its sixties, soulful sound that builds into a tender and emotional chorus.

As A Bird Of The Air… is a record of self-contemplation, focus and realising ideas. You can really feel the amount of time Andrew Reed has spent building this record, with his ideas being fully realised amongst all the frustrations, dilemmas, loss and love that have been rattling through his brain. Wrapped in an eighties rock blanket, Reed brings in other ideas and influences from the 60s and 70s to pull everything together, mostly working to provide an overall comfortable and satisfying sound.