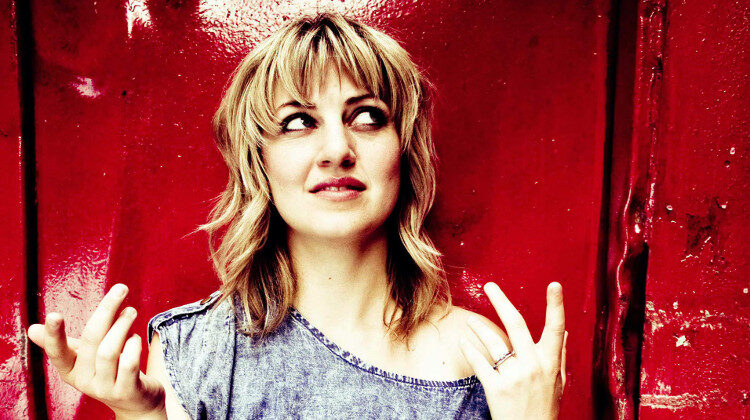 With eight full-length albums now under her belt, you’d think that Anaïs Mitchell would show signs of slowing down. Gratefully, that’s not the case.

Okay, so I may be a little bit late to the Anaïs Mitchell party. And when I mean “a little late”, I mean I didn’t actually discover her music until 2021 thanks to her three features on Big Red Machine’s album How Long Do You Think It’s Gonna Last?

I was absolutely swept away by her beautiful and emotionally-charged vocals on the album’s opener Latter Days, and especially on Phoenix, while New Auburn served as a sweeping closer for the album. While listening to those songs for the first time ever, I found myself questioning in my head “How have I never heard of this person before?”.

But I’m just glad I discovered her when I did because ever since that album, I’ve gone ahead and listened to nearly all of her work and it’s safe to say that I’m now a mega fan. Her voice is truly one of a kind and there is no other artist out there who is even remotely similar to Mitchell. Not only is her voice distinctive and instantly recognizable for me now, but her lyrical content is superb.

These are all reasons why I was beyond excited for her self-titled eighth studio album. Now that I’ve listened to it in its entirety, I can happily report that it’s definitely one of her best to this day.

The album kicks off beautifully with Brooklyn Bridge, an ominous yet incredibly soothing indie folk track featuring a quiet yet methodical piano backing instrumental serving as the stunning backdrop for Mitchell’s vocals as she sings “Over Brooklyn Bridge in a taxi / Over Brooklyn Bridge / You and me in the backseat / Finally got you by my side / Riding high at the end of the night”.

It’s so amazing just how smooth of a transition this is to the second track Bright Star, which features a similar instrumental, although this one is noticeably more optimistic instead of the longing, gloomy one from the previous track. But where things get truly interesting is with track three, Revenant, which is without a doubt one of my favorites on the album.

This one actually kind of reminds me of something you’d hear from the aforementioned Big Red Machine, so that’s obviously a win for me. Not only does it feature an unbelievably soothing acoustic guitar backing, it also contains some of the strongest lyrical content on the album.

“In a box under the stairs / Found a lock of a child’s hair / Suddenly I saw you there / Runny-eyed in a wooden chair / Ran outside to hide your face / In the wild Queen Anne’s lace / Green and wide around your waist / Waving in the wind”, Mitchell ponders in one of the album’s best verses.

Backroads is another excellent track that allows Mitchell to fully flex her vocal capabilities and push them to the limit. It’s also nice because this is easily one of the catchiest songs on the album. I know for sure that “Daredevil on a joyride / Thought you were a rebel of some kind / Angels watching over all the time / Didn’t even know / Backroads” is going to be a verse that’s stuck in my head for countless hours. But I won’t complain.

And really, there’s not much to complain about with this album as a whole. I mean, the only thing that I wish was different when it comes to this album is the running time. I wouldn’t have complained had this album been twice as long. Mitchell hasn’t released a solo studio album in ten years, and boy what a comeback this is.

After getting super into her work, I have to say that I think my dream collaboration would be with Taylor Swift and Anaïs Mitchell. So, Miss Swift, if you ever plan on completing that Folklore/Evermore trilogy, there’s an indie singer I think many fans would love to hear be a part of it. Her name is Anaïs Mitchell.