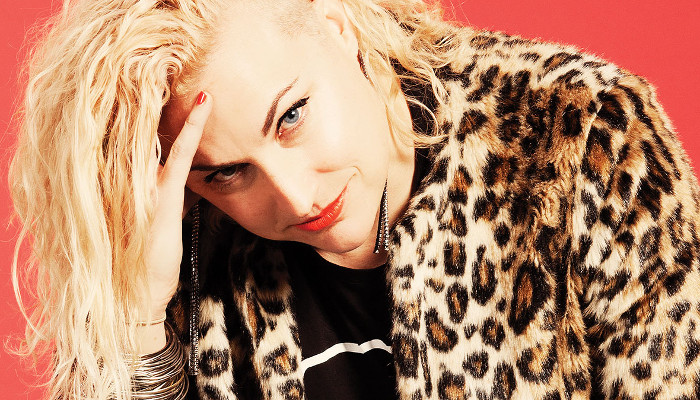 Vinyl Chapters speaks to author, audiophile and academic, Jennifer Otter Bickerdike about her career, records, and what got her into music in the first place.

For some people, music really is life. Jennifer Otter Bickerdike is one of those people. From her early days working at record labels to becoming an academic in the industry, she then went on to publish a number of books based around music, fan culture, and more recently, vinyl. Her book, Why Vinyl Matters, looks into peoples love for, and the resurgence of the format by speaking to some of her favourite musicians and record industry stalwarts, leading to a fascinating read for any vinyl lovers. We recently spoke to Jennifer about starting out in the music industry, what vinyl means to her, and what she thinks of music streaming culture.

Let’s start at the very beginning: How did you start out in the record industry and what drew you to it?

Going way, way back, when I was really young in high school, my friends and I used to put on shows with bands like No Doubt, Sublime, this kind of thing. I then went to university (I went in pre-med), but in the first year I spent all my money on going to shows and records and this, that and the other. I remember I went to the career counsellor and said “I want to work in this music thing” and they looked at me as if I’d said, “Can I please set up a crystal meth lab in your office”! It just seemed such a weird, foreign thing to them, they just thought I was completely bonkers. After that, I literally sat down and wrote out everything I could think of having to do with music that me, as an 18-year-old, could access. We had a college radio station, we had a college newspaper and so I started working at them; those were my first jobs. Through that I got my first job at a label – I got picked out of 300 people to work for Sony Music, so that was my first paid job. That’s the trajectory of what I did. It was insane. I was 18-19 years old, really into music and suddenly I’m driving around Pearl Jam or Rage Against the Machine! I feel sorry for a lot of kids now because I don’t think there are those bands that are so meaningful on a massive level for a generation, and I was lucky enough to spend some time with some of those artists. I really got to know them. It was a massive time of shaping who I was.

You originally come from Santa Cruz in California. When did you make the trip over the pond to the UK and why?

I’ve been an Anglophile my whole life! I’ve always loved the country’s music, literature and art. One of the friends I grew up with was murdered in the early 2000s and it shook me to my absolute core. It made me realise that life is so short and that was the impetus for me coming to live here. It was something I’d always wanted to do, so why not do it? England’s been great to me. I’ve done things I’d never have even thought I could do because it was outrageous, and I met my husband. I do love England, but I do miss Santa Cruz every minute of every day. I always say I want to go back twice a year, and so far I have not been doing that because my career here is so busy. I’ve not been back for two years and I’m GAGGING to get back!

You’ve written and published many books throughout your career – the latest being Why Vinyl Matters where you get to interview people such as Tim Burgess, Lars Ulrich and Fatboy Slim about the format. How did the book come about? 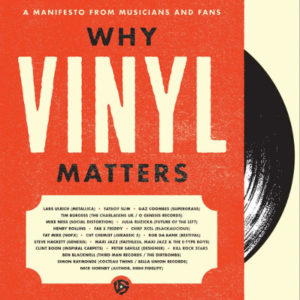 I love cheesy 70s, early 80s rock. There’s no guilt about this, zero guilt just to be clear! No Jacket Required by Phil Collins is, hand on heart, one of my favourite records. And I’m like a hardcore goth! I’d just got my first literary agent and I kept saying I wanted to write something about FM rock, about these records that you were supposed to be embarrassed to like them, but I’m not. Whenever we’d meet up I’d always bring vinyl and said things like “Look at this incredible picture of so and so!” She finally got sick of me doing that and said, “Why don’t you write a book about why vinyl matters?” I put the pitch together and it went from there. People think I had some big plan, but I had no plan. This is maybe why it turned out so cool; it organically just came together, and I love it.

Are you currently writing any more books or have any plans to?

I am writing more. I got a new agent last year who I love – shout out to Matthew Hamilton! He’s my therapist and guru and I worship the ground he walks on! He got me an incredible deal with Faber & Faber and I’m doing a biography on Nico from Velvet Underground. It’s incredible. Some days I can’t believe I’m getting paid to write about this. And some days I’m like “You crazy, crazy woman!” She has so much work to write about. I can’t imagine what she was like in real life. It is a bigger undertaking than I could have thought.

Let’s get onto vinyl. You’ve been an advocate of vinyl for many years – how did you come to love the format?

From early on we had those classic 70s records; all The Beatles, The Rolling Stones…but strangely no Led Zeppelin? I didn’t know them until I went away to university. They had tonnes of Alice Cooper, Van Halen, Black Sabbath – I think my Mum went through a Metal phase!

What’s your most prized record that you own and why?

Strangely, I’ve not been asked that question very much! I would still say Phil Collins – No Jacket Required. There’s a good reason for this. Doing all the things I’ve done in my life, I’ve dated quite a few people and there were many times in the past when I was single where you’d be having that serious conversation of “Could this go from dating or messing around to serious girlfriend/boyfriend territory?”. In my world, it would then be “What are your top 3 books?”. “What are your top 10 records?”. And if that didn’t match up, that person’s out! They would know I know all this stuff about indie and Britpop, hip-hop, and then the reveal would come that I loved Phill Collins – No Jacket Required. It was a relationship dealbreaker. It was worse than saying I want kids or want to get married on the second date! My now husband – we’d only been dating a month or so – were out shopping one day and I was having a coffee. I’d just moved to the UK. He said, “Wait here, I’m just going to the bathroom”, and he comes back carrying a copy of Phill Collins – No Jacket Required and a portable record player so I could play it. He doesn’t like Phil Collins; he’s massively into reggae and hip-hop. But we’d be BBQing or hanging out and he’d throw on Phil for me. It would be like he knew me and accepted me with all my strange qualities, and that’s why it’s my important record.

With the ever-growing streaming industry, do you think streaming and buying vinyl records can live side by side?

I think they can. But I personally think streaming is the devil! I have acquaintances and colleagues that work at Spotify and other streaming services, but I honestly can say, hand on heart, that I don’t think it’s done anything good for music culture, for artistry, or the longevity of bands. I think it’s done nothing but corrupt it. If you’re paying £9.99 to Spotify for access to all this music, you’re not going to value it in the same sort of way. There’s this thing where people would listen to it on Spotify then if they like it they go and buy the record, which is fabulous, but I think sometimes it’s a way of justifying that all this music should be free, or nearly free. £10 a month is nearly free in my mind. It loses its value. To me, this speaks to a much larger problem: the disposability of online culture. Whether it’s dating on Tinder or streaming, its all kind of the same issue.

What artists are you listening to at the moment and have you got any tips for upcoming acts that we should be watching out for?

A band called Actors – I fucking love them! There’s an amazing band from Manchester called Pins. Three girls. Also, they’re kind of older now, but do you know Superorganism? The lead singer is this really sassy 18-year-old girl from Japan. The other day I interviewed KRS-One (Rapper) – I thought he would be full of himself, but I walk out to meet him and he totally knew who I was! I had a copy of my book with me and he was like “Oh my God! I bought that book in Germany! I bought 3 copies for my friends!” He totally knew who I was! We could have talked for hours, he was as cool as hell.

You can check out our book review of Jennifer Otter Bickerdikes ‘Why Vinyl Matters’ here.