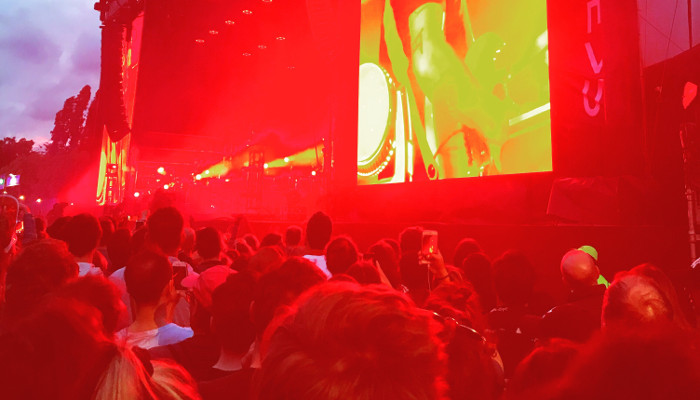 All Points East festival closes in style for another year amidst plenty of highlights, strong performances and an electric atmosphere.

Last weekend at Hackney’s Victoria Park, the second year’s instalment of All Points East – a cavalcade of multifarious entertainment and revelry stretching over a ten day period – closed with a typically enchanting line-up operating on the cutting-edge of alternative rock and pop.

On the main stage in the afternoon, the Nashville-based country-folk rockers Phosphorescent played a beautiful set of new and old material that thrummed with percussive energy and highlighted leader Matthew Houck’s weeping, pleading and keening tenor vocals and his thematic concerns of heartache, light and darkness. Killer cuts from his most recent album, C’est La Vie, such as the chugging Around the Horn and the rousing New Birth in New England, were despatched with a soul-singer gusto, with the band seamlessly switching between furious and ragged moments and subdued and tender passages.

As a live proposition, Phosphorescent peddled a version of alt-country rock that was heavy on a certain surging kind of motorik and bouncing triumphalism and notably light on the sun-blasted, hymnal soundscapes which made their breakthrough, 2013’s Muchacho, such a modern masterpiece; this made sense as an accessible entry point for an appreciative crowd.

This was followed by a rapturous solo set by the intense Swedish singer-songwriter Kristian Matsson aka The Tallest Man on Earth, who moved between guitar and banjo whilst treating the sun-baked hordes to a smattering of choice cuts from his catalogue, such as I’m A Stranger Now and King of Spain. Lyrically, Matsson’s preoccupations resided in matters of alienation, travel, distance and nostalgic yearning, whilst musically his style veered between delicate finger-picking, airy guitar lines and growling stomps. 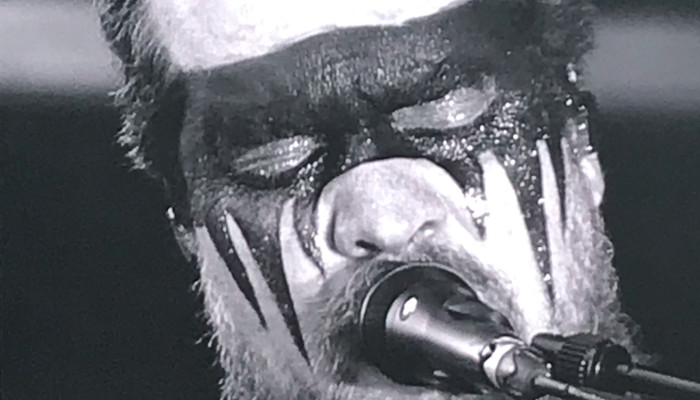 Tucking into the intimate JagerHaus, the Welsh musician Gwenno enchanted with her ethereal and captivating psych-electronica and impassioned stage presence. Built around bass driven loops, noir-pop vocals and creamy whirls of kosmische synthesisers, her music galvanised the packed crowd with a dreamy, shimmering and phantasmagoric reimagination of the uncanny analogue dreamscape purveyed by Broadcast, Stereolab and latterly Vanishing Twin. She’s very much her own person though, embracing a heady freedom from restraint that explores psychic labyrinths beneath the surface of electronic pop and makes her such an intriguing prospect.

The bear-like American singer-songwriter John Grant bounded onto the stage bedecked in his glittery mask and clearly ready to throw some shapes. I’d been resistant to his latest record, Love Is Magic, but what sounded pedestrian and one-dimensional on record came thrillingly alive here, as if Scott Walker had hooked up with Giorgio Moroder. Tempest was reinvigorated as a glacial electronic torch song, whilst the likes of Preppy Boy and He’s Got His Mother’s Hips were rendered with a strange, daft and disorientating glee. It wasn’t all glitchy, disco-spangled bangers, though, and his booming croon lifted Pale Green Ghosts, Queen of Denmark and the magnificent GMF to rousing crescendos of bruised grandeur and lush euphoria.

Their ninety-minute set drew a vast crowd as the magic hour fell, showcasing the full scale of their creativity. Vernon and co have experimented with an array of stylistic guises, from wintry, confessional cabin folk on the gorgeous break-up album, For Emma, Forever Ago to rustic chamber pop and soft rock on his self-titled follow-up and the lurching electro textures and Vocoder burbles of 2016’s 22, A Million.

On Sunday night the headphone and bandana-clad Vernon treated the adoring throng to the full repertoire: finger-picking pastorals on the comely 29 #Strafford APTS, warped and garbled Auto-Tune tone poems on Woods and 715-Creeks, AOR inflections on Holocene and the whisky-soaked roar of sax on 8 (circle).

Vernon and his four-piece band have long eschewed the straight-laced vernacular of verse-chorus-verse guitar rock, instead straining to tether their reveries of disconnection and turmoil to twitchy abstraction, skittering rhythms and chilly machines. At their most expansive, their heavily bearded leader manipulated his earthy, rootsy falsetto into a cacophony of robotic swells like voices tearing his mind apart. Equally, his unadorned delivery worked a treat on the ecstatically received breakout number, ‘Skinny Love’, which elicited a super-spirited sing-along from the cognoscenti.

As darkness fell on this sweet, warm summer evening, the group departed the stage and shared, rather than performed, two tasters from their forthcoming new record over the PA. Accompanied by colourful, homespun videos, Hey, Ma and U (Man Like) suggested more exciting innovations from this most enigmatic of artists: the former an alluring, hiccupping slice of smouldering gospel-soul which evoked James Blake’s introverted dubstep, the latter a rousing piano ballad more in the vein of their take on Bonnie Raitt’s I Can’t Make You Love Me.