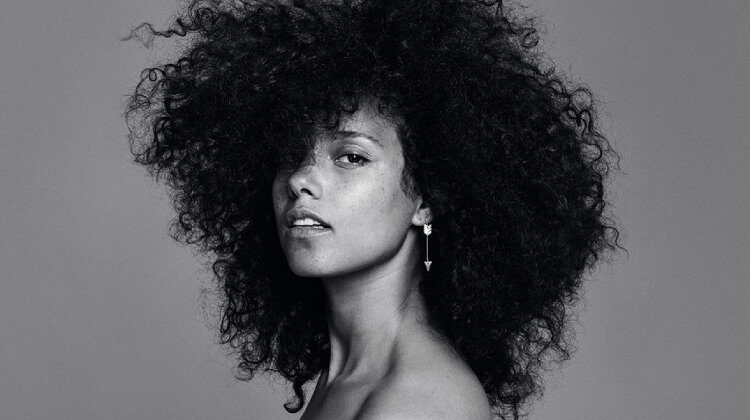 Alicia Keys delivers gorgeous vocals through some stranger – and certainly more comprehensive – sounds than she’s tried before in her new album, ALICIA.

“I’m grateful to share all the different sides of me with you”, the singer said to her fans through a recent Instagram post. Releasing it in the wake of her recent memoir, the lengthy 15-track album is by far the most experimental and honest that Keys has ever put out.

Many of the fresh sounds on the album come courtesy of an amazing lineup of featured artists. Me x 7 boasts the sharp rap skills of Tierra Whack, the danceable Wasted Energy is shared with Diamond Platinumz, while Khalid joins in with the RnB slow jam So Done.

Keys’ previous album, Here, was much more topical than her earlier works, addressing addiction, sexuality and poverty amongst other issues. She stays topical with ALICIA, especially in Perfect Way To Die – a heartbreaking ballad with vocals that rise to tearful peaks as she sings about the deaths of Trayvon Martin and Sandra Bland and the police brutality protests that followed.

In Time Machine, a throbbing bass groove is beautifully balanced out by sci-fi synths, translucent layers of backing vocals, and distant rings of what seems to be a sitar while Keys advises us to “go out of your mind / once you free your mind, there’s beauty in everything”. The track 3 Hour Drive is shared with the British singer Sampha, mourning a broken relationship over downcast, descending chords.

Thankfully there are some more optimistic love songs in the album, like Love Looks Better, which sticks out from the long string of downcast ballads before it. Musically, things are energetic from the start, with accompaniments including left-hand piano bass notes and of course, big drums. This isn’t a backing restricted to just R&B, but rather one that blends the best of R&B and Pop. The same kind of feel is carried on with Underdog. Co-written with Ed Sheeran, the popular single has an undeniable catchiness to it. The melody is guided through the opening ‘oohs’ over a simple-yet-tuneful guitar riff – a nice contrast to the usual punchy piano that Keys usually favours.

The album ends with Good Job, a heartfelt piano ballad dedicated to “the mothers, the fathers, the teachers that reach us” and other ordinary people just trying to get through the day. Unfortunately, the power created by the lyrics is not matched musically. The repetitive strain of piano chords needed an extra something to really lift the song off the ground. But an important message nonetheless.

This record sees Alicia Keys rattling between a range of identities, but shows possibly the first honest glimpse of her true self. With a nice balance of feeling lost and feeling hopeful, the warmth of ALICIA provides fans with some well-needed musical healing.