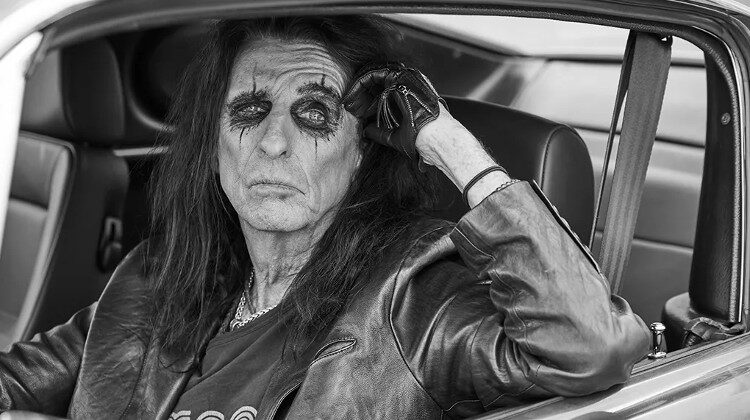 It’s clear Alice Cooper has still got it as he releases his twenty-first solo album, Detroit Stories, a record that speaks to the listener and hits home hard.

Nothing says ‘classic’ like this album does. Described as a “modern-day homage to the toughest and craziest rock and roll scene there ever was”, Detroit Stories takes us back to Alice Cooper’s origins – that is to say, the origins of both the band, who found success with I’m Eighteen whilst they were in Detroit, and the origins of the frontman himself, who was born in the city.

“Detroit was heavy rock central then,” Cooper says, “you’d play the Eastown and it would be Alice Cooper, Ted Nugent, The Stooges and The Who, for $4! The next weekend at the Grande it was MC5, Brownsville Station and Fleetwood Mac, or Savoy Brown or the Small Faces. You couldn’t be a soft-rock band or you’d get your ass kicked.”

The album opens with a cover of The Velvet Underground’s Rock and Roll, released as a single in November 2020. Cooper’s trademark rasp certainly gives the original song a run for its money with a classic 70s vibe and an old-school guitar solo to boot.

A few tracks later, we have another highlight: $1000 High Heel Shoes, a song with a groovy beat that is full of attitude and one that you can’t help but move to. Meanwhile, the relentless pace and amusing lyrics in I Hate You make it an overall fun song to sing along to: “I hate you and your stupid face / what’s it like out there in space?”

Elsewhere in the album, Cooper takes on a more serious tone with Don’t Give Up and, whilst it was also released last year, it’s worth a mention now, too. It’s certainly one of the more musically intense songs on the album, and Cooper sums up what the entire planet has been feeling for the last twelve months when he declares that “we’re all hanging on by a thread.”

The song resonates with those of us stuck in seemingly endless lockdowns and both the intro and outro feature Cooper speaking plainly to listeners and telling them that things will get better, hence the song’s title. With mental health at an all-time low for many people, there is something encouraging about the ‘Godfather of Shock Rock’ offering support and caring enough to address listeners directly.

On the whole, this album does not disappoint. It’s varied, it’s exciting, and it’s just what we need at the moment.