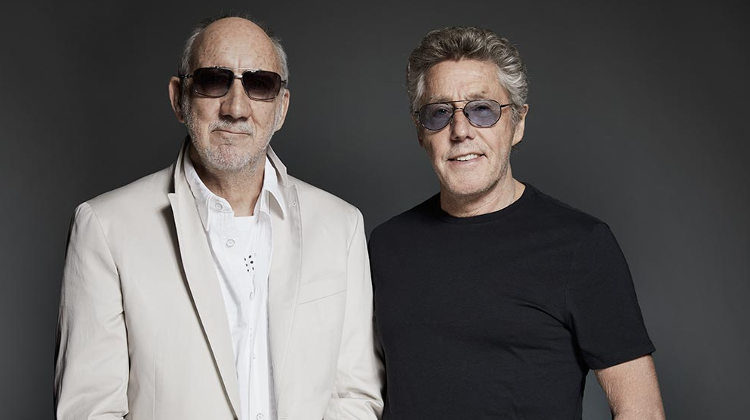 The Who make a triumphant return with their first new record in over a decade, managing to draw past experiences but still create a fresh sound.

A band like The Who doesn’t really need a paragraph of introduction. With a resume spanning over 50 years, everyone knows them. It’s impossible to have lived any length of time on this planet and not heard their songs. They have penned some of the most powerful and memorable songs in rock and roll history, and have never been too far from the spotlight through their careers. As time has gone on, four has become two, and Roger Daltrey and Pete Townshend are keeping The Who alive without Entwistle and Moon – like they have been doing for years. Even though the band hasn’t released new music for over a decade, they have carried on touring and have still been able to leave their audiences happy with vintage performances. With this self-titled new release, The Who bring a collection of new songs to the masses, and the result is impressive.

The record opens up with All This Music Must Fade, which has a vintage Who song structure. It sounds familiar and comforting, and it has a classic Pete Townshend attitude. The song begins with the lyrics “I don’t care, I know you’re gonna’ hate this song” and ends with “…who gives a fuck.” A great way to kick off the album, setting the tone in wonderful fashion.

Ball and Chain is lyrically heavy, touching on the horrors of Guantanamo Bay, and musically catchy. This one sounds like a classic rock song, yet new and refreshing at the same time. A great track to be sure, and it shows that even into their mid-70s Pete and Roger still have it.

I Don’t Wanna Get Wise has an anthemic quality and is extremely well written. It’s a great journey through the lessons learned from ageing in the music business and life in general. This is in sharp contrast to the youthful arrogance of earlier Who work with a reflective vibe. Daltrey delivers the song with a cool mix of rough and tender that makes it very memorable..

As the record continues, you quickly see that the band is firing on all cylinders. It feels very much like The Who of old, but it’s never boring.  Detour sounds like it was plucked from an early Who record, Street Song has a soothing synthesizer base and has a wonderfully nostalgic feel, and Break The News features an Americana feel with thought-provoking verses and beautiful, haunting lyrics. Rockin’ In Rage is a slow builder that has all of the underlying tension from their classic songs. “I won’t leave the stage”, Daltrey belts out in this one. “I’m Rockin in rage, well past my prime”, he adds. Well, maybe they are past their prime in years, but you wouldn’t know it by listening to this one. A great song.

This is a rejuvenating record for the listener, and I imagine for Roger and Pete, as well. The songs are extremely well written and delivered which is refreshing to hear. This is an album that you will want to revisit time after time. It stands on its own, even if you don’t consider their past accomplishments. In an era where the classic “Rock Star” is becoming a thing of the past, The Who prove that they are still relevant. They are rock stars, and this record does justice to their legacy.

When I was tasked with reviewing this one, I was admittedly a little nervous. What if it’s sub-par? Giving a Who record a bad review would seem blasphemous. Well, that isn’t a concern any longer and the music speaks for itself. This is a triumphant record from one of the best to ever do it.