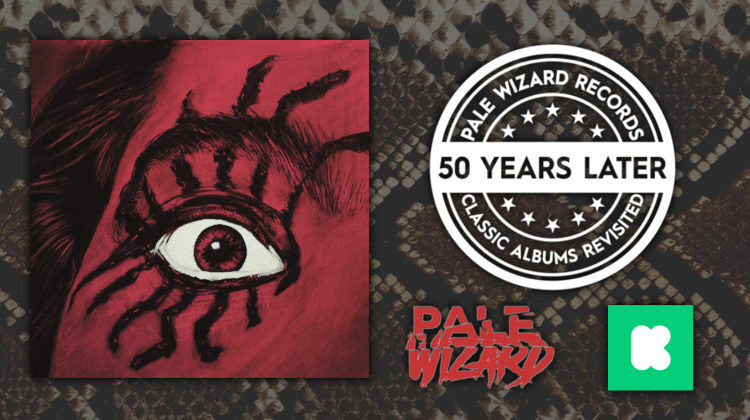 The first in a new series of albums entitled ‘50 years later’, the format gives a myriad of artists a platform to pay homage to the original by recording their own versions of tracks from the record in their own contemporary styles.

Handpicked by staff at Pale Wizard Records, some notable bands that have reimagined tracks from Killer include Under My Wheels by Green Lung which was the lead single for the record back in 1971, The Grand Mal tackling My Lover, and Sergeant Thunderhoof taking on Halo of Flies.

Due for release in November 2021, the project is currently available as a Kickstarter campaign where you can pledge your support for release either as a digital download, CD release, or vinyl release.

The vinyl ‘Caught in a Dream’ edition is limited to 300 copies on a 180g purple/black splatter disc contained in a gatefold sleeve. The artwork is provided by Sara-Jane Swettenham and features a striking ‘spider eye’ image which was hand-drawn with charcoal. The vinyl rendition also features an exclusive art print that is signed and numbered by the artist.

You can head over to the official Kickstarter page to pledge your support for the project or check out the album trailer for more details and a glimpse of what to expect.

Alice Cooper also recently announced he’ll be auctioning off an Andy Warhol silkscreen titled Little Electric Chair from his Death and Disaster series. It was found rolled up in a tube as part of Alice Cooper’s touring storage a few years ago and could be worth millions. The top price previously paid for a silkscreen in the same collection was around $11.6 million dollars. The auction will take place in October 2021.