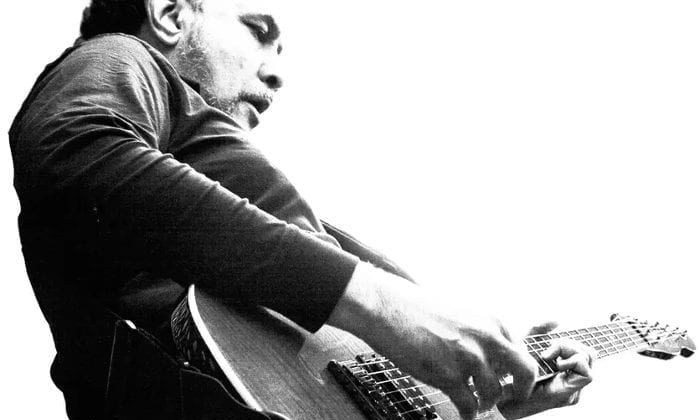 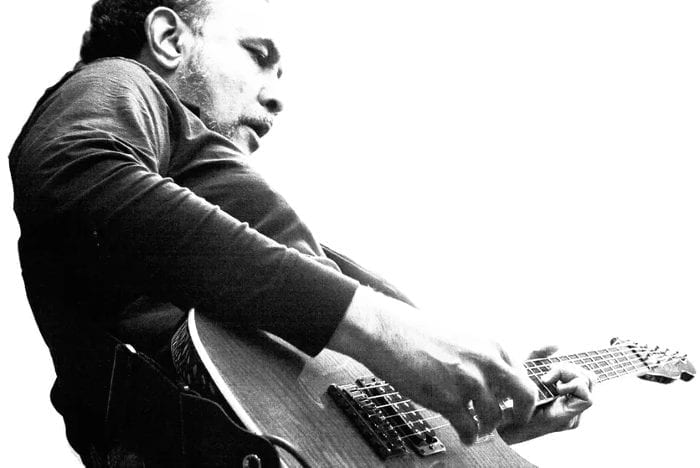 The Grammy-nominated musician Ajay Mathur returns with new record Little Boat, which takes on a few extra passengers for its journey.

Variety is the spice of life, and that’s certainly apparent in Ajay Mathur’s music. Being raised in India and now residing in Switzerland has given Ajay a fruitful outlook on the music scene, and allowed him to bring different influences into his music. From traditional indian instruments, to country, pop, rock and folk, the more you listen, the more you can hear. New record Little Boat has also set its sails in a slightly different direction by inviting a few other people aboard, making the record a truly multi-format experience. Contributors hail from all around the globe and collaborations range from digital videos for tracks on the album, to a children’s book by a writer from Delihi; it’s really influenced people from all backgrounds. We spoke to Ajay about this new direction who had the following to say:

“I used to be a passionate painter during my school days. I don’t paint much anymore but I love art. I enjoy doing artwork for my records, including ‘Little Boat’ and interact and share my thoughts with other artists. I’m always looking for new ideas that could add to my music. It seems that through such interactions, artists and writers from different parts of the world became aware of ‘Little Boat’, its underlying theme of resilience and got in touch with me.”

It’s easily to see why people were queuing up to work with the idea of Little Boat. Opener Here’s The Love is based around emotional heartache and the difficulty in opening up to those close to you. It’s all built around a country vibe, with drums pushing the track forwards as Ajay’s distinctive vocals lead towards a strong chorus that opens up the track. Staying in your own little world can be hard, but Ajay releases himself and encourages others to do the same: “As I hide behind my stories and I’m making sure you won’t”.

The country style is continued on My Wallet Is A House Of Cards, but this time the artist ups the pace with all out blues rock, with raucous and passionate vocals set against sliding electric guitar, and even throwing in a drum solo as all instruments take their turn at the forefront. This track is a focus for one on the many album collaborations, with a clever and stylised music video that fits in seamlessly, clearly showing the passion the record is already effervescing. 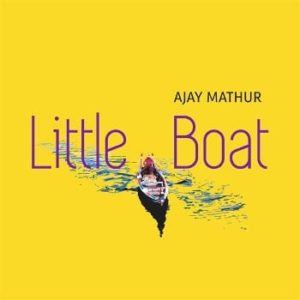 Forget About Yesterday’s jovial opening reminds of The Strangeloves I Want Candy but with a new age twist, immensely better lyrics, and built around an idea of living in the moment. Production also allows for Indian instrumentation to twist and change the track, creating a beautiful forward-thinking melody. Who’s Sorry Now also uses ideas from an Indian origin as it hypnotises the listener without relying on one style of music for long – it will leave your head spinning with the sheer amount of directions the track takes but somehow works – the sign of a great songwriter.

Start Living Again is an album highlight which comes to the forefront with stripped back guitar and pleasant melodies. The slow-paced atmosphere works well as wailing echo-laden guitars drift in and out whilst the song pushes forward eagerly. There’s a definite Beatles influence here with its psychedelic, floaty nature that works really well. The trick is repeated on album-titled track Little Boat, with its Pink Floyd-esque instrumentation and a light dusting of Tom Petty. Crisp vocals and backing tracks lift the piece above the water as it sails on, before the tide picks up around half-way through in the form of guitar solos and a faster pace. A track of imagery that tells a story in a conceptual way, highlighted beautifully by another collaborative animated music video.

With Ajay being a self-confessed vinyl fan, the release of Little Boat wouldn’t be complete without a wax edition. He talked to Vinyl Chapters about growing up in Delhi, where you couldn’t go into a record shop and get the latest releases of popular western music, making it a very special format for him. When someone managed to get one from abroad, Ajay and his friends would all gather in a living room, sit around the Hi-fi quietly and listen to the new record, before fiercely discussing the album. This is perhaps a reason why the multi-format collaboration on Little Boat has worked so well – he discusses with people his ideas and makes other parties feel as passionate about his music as he does. The vinyl edition really highlights the warm tones brought out on the record, and the different styles of music all blend seamlessly, right into the deeper cuts. Ajay’s vocals rise above the music that little bit more on wax, and it paves the way for a truly encompassing listen that really comes alive.

Little Boat is a truly wondrous creation that mixes different influences from Ajay’s life, his passion for music and new ideas to tremendous effect. From lyrics to instrumentation and external factors of videos and books playing a part, everything works together to help Little Boat sail straight and true. It feels like an accomplishment of years of hardwork and commitment, and allows the listener to both hear and see the ideas that Ajay plays with. Little Boat welcomes everyone aboard and it’s definitely worth a maiden voyage for anyone that hasn’t heard the record yet.