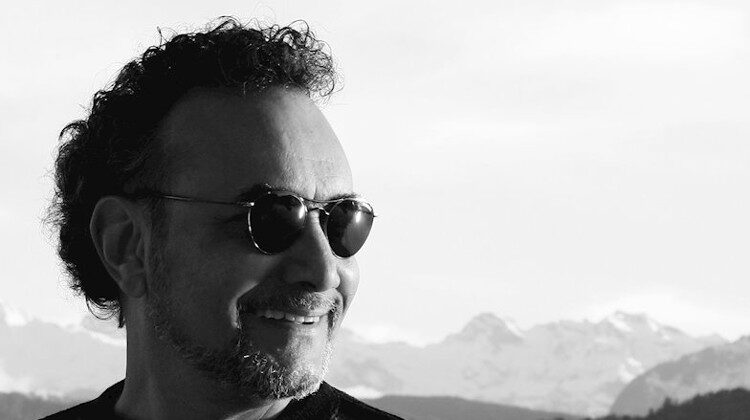 Ajay Mathur builds an emotional and hard-hitting atmosphere on his two-version single of Anytime At All.

The Beatles have affected many people’s lives in great ways through their music, many idolising their prowess for hit-making as they became one of the greatest-loved bands in the world. It was because of this that the murder of John Lennon in 1980 hit so many, so hard. One of those was Ajay Mathur, who, in reality, may have only started to come to terms with it. Releasing his new two-version single called Anytime At All, the track was written in the aftermath of the terrible event, but Mathur has only just recorded and released it now.

Starting with the more fully-fledged version of Anytime At All, the background noises of a supposedly busy and chaotic New York fade in against the fine piano work of Michael Dolmetsch, setting the scene for the Harrowing events. Drums and vocals then slide in as Mathur sets up the story through the eyes of someone who was close by when Lennon was shot: “she could hear the sound of voices,…paralyzed, her body numb and cold”. The sadness in Mathur’s voice highlights just how hard this tragedy hit him, along with many others the world over, and this really comes through in the melodic yet dispirited energy of the track.

The chorus breaks in with a more tailored drumbeat that raises the song to the next level, and is clever to build a chorus that sounds fresh instead of laying back on the old trope of just building slightly on the verses. The chorus plays off on the fact that Lennon and the Beatles music meant so much to everyone and a tragedy that still hurts people to this day. After the chorus, Dolmetsch really shows off the emotion in his piano playing, with Mathur seamlessly able to raise his vocal game as their spirits dance around each other. It’s a love letter to an artist that was taken too early.

The second version strips everything back completely, keeping just Mathur’s vocals, Dolmetsch’s piano, and sporadic guitar. This gives the track an added level of calmness, sadness and sincerity that really hits home when you think of the source material. Both tracks work in unison with each other to build different atmospheres of the troublesome event and offer another side of the same coin.

With a world that’s been hit hard with trauma and people coping with pain, heartache, and isolation, Anytime At All builds on these feelings and relates them to a tragedy from the past. A song that many will be able to relate to.