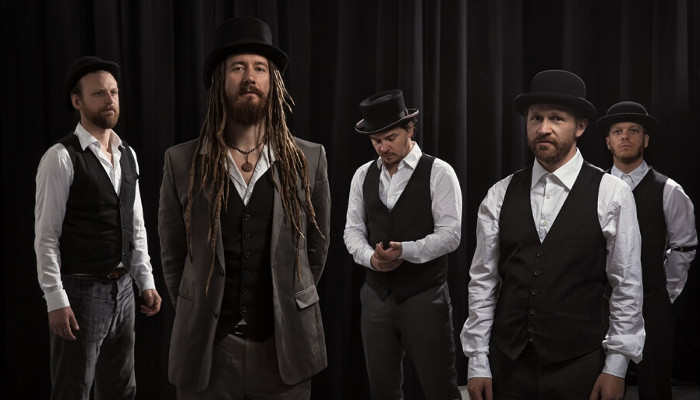 Afenginn, which means “intoxication and strength” in old Norse, is the pseudonym of Danish Composer and musician Kim Rafael Nyberg’s music project. Having been in existence since 2002, Nyberg has been allowed the freedom to use his music to quench a thirst for his creative impulses over the years, using the post-classical/nordic folk sound as a jumping-off point. This has lead to some eclectic, mercurial and ambitious ideas, with new album Klingra being no different.

In opener Skjálvtin’ (The Impact) we experience gentle and serene piano that, as the track progresses, manages to portray both beauty and mystery at the same time. Nyberg is a master at layering compositions in inventive ways and Skjálvtin’s haunting quality manages to find melodies and interjections that others would miss. Big drum crashes are expertly used to throw the track forwards before Ólavur Jákupsson’s vocals enter the fray to bring everything back down to earth with humility. With Nyberg’s mercurial way of portraying things, its best to expect the unexpected, which here, comes in the form of an eclectic spoken section that somehow works instead of taking you out of the moment. 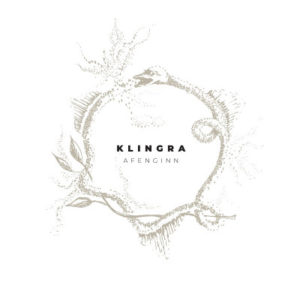 Litirnir (The Colours) carries on the good work, this time taking a more settled and laid back approach based around gentle piano which is gradually added to with strings. This interlinks into Himnakropparnir (Celestial Bodies), which, surprisingly, seems to take tips from Pink Floyd in both style of vocals and the psychedelic atmosphere created. This really helps the track build in strength and energy as it progresses into one of the most melodic and interesting tracks on the record.

Nyberg has always been one for intertwining music and building ideas and this is none so more apparent than in track Skapanin’ (The Creation). The serenity in both output and structure is magical before an epic ending throws caution to the wind against thumping, melodramatic drums. Tøkkin (The Thanking) is a rare occasion where the record actually focuses on the vocals as a central point leading to a contemplative and rewarding track, even if you don’t understand the words.

The album ends on  Eftirskjálvtin (The Aftershock), and that’s exactly what this track is. After the settled serenity of the beginning comes jolts of chaos and intrigue before it once again settles into the piano leading you out of the record and back to reality.

The vinyl sound is arguably the best way to experience this record, due to the interlinking of tracks that will make it feel more of a whole. On top of this, the warmth of vinyl really brings out the humility in the piano and strings, and also leads to the dramatic sections hitting with a little more vigour and menace when compared to other formats. The cover artwork is a simple but subtle design of what appears to be a serpent eating its own tail against a pure cream background – it’s not as menacing as it sounds and perhaps points towards the infinite possibilities found within the music.

Klingra is an immersive experience that is a feast for the senses. At times it is melancholic and serene, at others it is brash and full of vigour. These brash sections never last long however, with Nyberg seemingly happy to let the music reach these boiling fever dreams before once again gently simmering back down to the more contemplative. This clock-work like workmanship is seen throughout and is a testament to the talent of the musicians and vocalist that help bring everything together. Klingra is a pleasure to listen to and an intriguing experience.