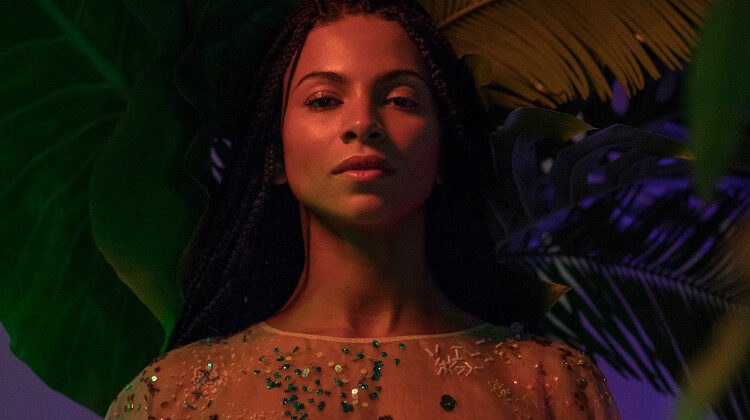 French musician Adeline captivates us with her funky ode to time and a keen ear for beats and melody on her new EP Intérimes.

Formerly lead singer of nu-disco group Escort, Adeline has been showcasing her talent not only as a singer but also as a songwriter, bass player and producer. Her latest release, Intérimes, is her second solo effort. Stating she is “still working on finding the balance between the performer, the songwriter, the singer, the bass player and the producer,” does she appear overwhelmed by this on the EP?

Each song on Intérimes represents a time of day, opening with the blissful Stay Up. Instantly there are Prince vibes, even just by her exuberant breaths in groove with the drum’s beat (let alone the rest of talent on display) and this comparison shouldn’t be taken lightly. Prince is the definitive genius of the balance Adeline has aimed for, with it being evident that balance has already been found by the opening track. Her bass playing abilities audibly aid the track too, as the rhythm section hit the right spot effortlessly, with the other instrumentation adding understated flair.

Vocally, Adeline isn’t unique or particularly special, but her tone suits each song perfectly. There is a sense that the song is more important than her ego, especially refreshing in 2020. Though sonically and instrumentally there are little alterations track to track, rhythmically they complement the desired time of day – whether that be Stay Up’s romance, Just Another Day’s morning daze, or After Midnight’s drunken dance. Intérimes is almost a classical symphony, swapping the orchestra for a small funk driven group.

Interestingly, Adeline has chosen to place Black Sabbath’s dreamy Planet Caravan as the penultimate track. For the first three minutes, it is pretty faithful to the original, with more distinct vocals and the bass pushed forward in the mix, adding her own twist to the final third of the song. It is a cover done masterfully, that gives her originals more substance. In fact, it ties all her covers together wittingly in time for the beautiful French closer, Si C’est Pour Jamais (translating to ‘If It’s Forever’), proving that French really is the language of love.

Adeline has pulled off an amazing feat with Intérimes. Being only thirty minutes long, it has allowed her to groove the entirety of the EP with consistency and cohesion without becoming tiresome. There is also enough of an emotional journey thanks to the theme of time, all in such a short release. It is the perfect setlist, begging to be played start to finish in a dimly lit bar. In the meantime, until live venues reopen, venture into your local record store and secure yourself what could become a hidden gem.