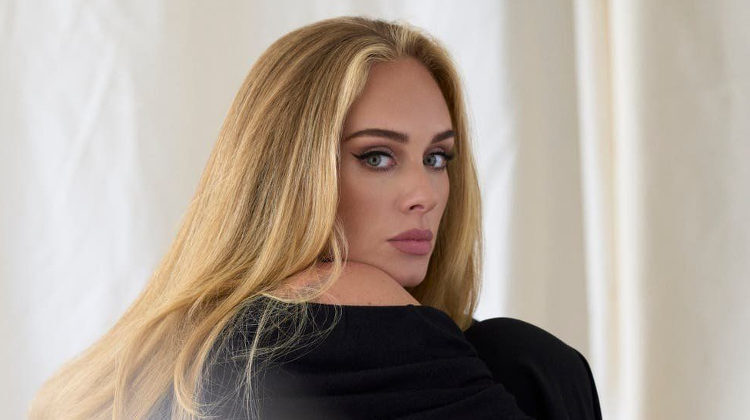 Revered pop and soul artist Adele has officially returned from a six-year break with 30, her most impressive and emotionally riveting album to date.

Adele is one of those singers that I truly feel as though everybody loves. I’ve met tons of people in the music community who disagree on whether or not certain singers/bands are good or bad, but I’ve never met anybody that thinks Adele sucks.

The reason why – I think – is because she is able to write beautiful heartbreak and/or love songs that truly never fail to captivate her listeners. Although she’s not been in the industry for several decades, she nevertheless has a handful of songs that virtually everybody on this planet knows and loves (i.e. Rolling in the Deep, Set Fire to the Rain, Someone Like You).

I’ll never forget the first time my mother and I heard Hello for the first time ever – we got goosebumps all over our arms and instantly knew it was going to be a humongous hit. Sure enough, it now has over 2.9 billion views online.

But the weird thing about Adele is that a lot of her albums don’t feel very coherent. They’re almost always filled with absolutely wonderful songs but they just don’t flow off one another very well. A good example of this is present in her previous album 25 where the emotionally devastating Hello is followed immediately by the upbeat Send My Love (To Your New Lover).

It’s kind of a weird thing present in all Adele albums – except 30. Adele’s latest record is not only her most coherent, but it’s also her most impressive and emotionally riveting to date. It’s an hour-long and it flies by in absolutely no time.

Each song has its own feel to it and its own messages. No two songs sound the same, and they all bring a sense of uniqueness to Adele’s career. Oh, and her vocals? They’ve truly never sounded better.

Strangers By Nature is the absolute perfect opener for this album. It’s a very different song from Adele than what we’re used to and that’s why it’s such a great opener. It features a remarkably stripped-down instrumental which can barely be heard because the real instrument here is that of Adele’s vocals.

The smash-hit Easy On Me comes next and instantly proves that even after taking a six-year break, Adele most certainly did not forget how to write and perform an incredibly emotional song. “There ain’t no room for things to change / When we are both so deeply stuck in our ways / You can’t deny how hard I have tried / I changed who I was to put you both first / But now I give up” Adele ponders on this track.

The third track – My Little Love – is quite possibly the most honest and endearing song on the album, as it essentially features Adele explaining her divorce to her young son Angelo. “I don’t recognize myself in the coldness of the daylight / So I ain’t surprised you can read through all my lies / I feel so bad to be here when I’m so guilty / I’m so far gone and you’re the only one who can save me”, she explains. It just feels so honest and how it is, and I love that.

Every Adele album has at least one upbeat album – something you’d hear on the pop radio charts – and 30 is no exception. This time around it’s Oh My God, which features an infectious yet super simplistic instrumental as Adele sings “Oh my god, I can’t believe it / Out of all the people in the world / What is the likelihood of jumping / Out of my life and into your arms?”.

I’ve noticed that almost every Adele megafan thinks that I Drink Wine is the best non-single from the album and I have to agree. It has such a sense of vibrancy, love, and longing to it that’s rarely found in huge albums like this. It’s like something you’d hear in a ballroom dance floor or some jazz club. It’s a true work of art, just like this album.

But it’s on Woman Like Me where Adele gets the mic drop and shows that she just may have the best voice in the whole industry right now. There are some vocal segments in this song that quite literally made me drop my jaw because I just couldn’t believe how wonderful she sounded. It also helps that it’s a remarkable song lyrically as well.

30 is truly one of the best albums of the year and one that you’ll probably be hearing at awards ceremonies down the road here. After six long years, Adele has officially returned to show the world who’s boss.