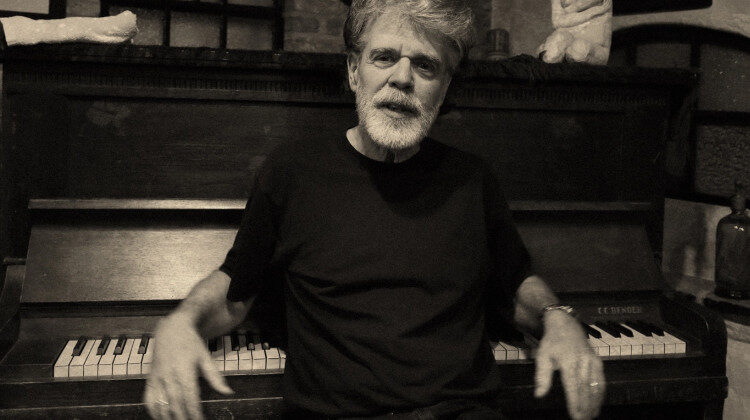 Amsterdam-based contemporary folk singer-songwriter Ad Vanderveen really knows how to structure a song so it comes alive. This skill comes with years of song-writing which is shown off in album, Release. Pretty stripped back but still not afraid to use a few layers to it’s advantage, the album highlights all of Vanderveen’s skills, from subtle flows to thoughtful lyrics to great melodies.

Starting with album-titled track Release, we’re straight away thrown into Vanderveen’s warm and emotive world of acoustic guitars amongst a settled, folk sound. Drums and a gentle electric guitar underbelly are slowly added as the singer’s vocals grow into the track and provide lyrics of relation with well-crafted arrangements. It’s a strong opener that sits well amongst a sparse atmosphere.

Following track One Last Song delves into the Americana-based folk atmosphere even more, calling on the rhythms and subtle fluctuations of greats like Dylan or Neil Young to bring alive the track’s essence. Its 5-minute run time is totally needed to build up the sound which gradually evolves with female backing vocals and a beautifully thought-out structure.

As we get further into the album you begin to realise how good Vanderveeens songwriting actually is, as lyrics take on more of the heavy lifting amongst more settled guitar rhythms. Wildfire builds a lovely story that twists and unfolds in front of your eyes (“The heat’s still on you smell it in the air, invisible pain you feel it everywhere”). Nothing But A Dream builds on the warm and inviting gruff vocals playing against harmonica and sliding guitar.

As we approach the end of the record it feels as though Vanderveen loosens up a little to have a bit more fun. The lovely ‘ditty’ Ol’ 56 compares old guitars to the singer’s life (“Got an old guitar from the year I was born, sounds like a dream and it’s pretty well worn”), whereas closer Thank You almost builds on a Johnny Cash essence as Vanderveen looks back on relationships he’s had and relationships he’s lost in a caring and endearing way.

Release from Ad Vanderveen is a beautifully thought out record that pulls on the heartstrings when necessary, but overall is a warm and inviting listen. His vocals are able to portray the emotion in the lyrics with ease and because of his years of songwriting, he knows when a track needs to hold back or let loose a little. A lovely listen.