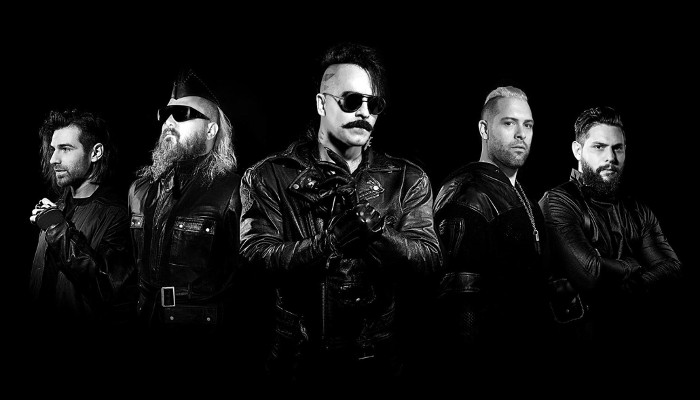 METAWAR is the latest release from the Los Angeles, California based industrial metal band 3Teeth. Their 2014 self-titled effort received largely positive reviews and drew comparisons to Industrial heavyweights such as Skinny Puppy, Ministry, and Nine Inch Nails. In 2016, Adam Jones selected 3Teeth to open for his band, Tool, on their tour after attending one of their shows in L.A. 2017 brought the bands sophomore release, <shutdown.exe>, which was mixed by Sean Beavan, who had worked with Trent Reznor (Nine Inch Nails) among others. This record was also met with positive reviews, and led to the band playing shows with the likes of Rammstein in addition to their headlining dates. With the buzz about 3Teeth fully on, they again enlist Sean Beavan and set out to keep it rolling with the newly released album. 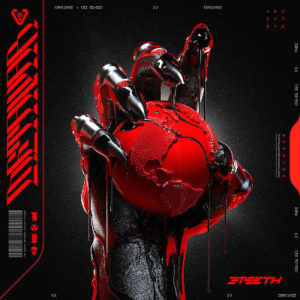 EXXXIT is up next, and this one is a driving track that chugs along with a nice intensity: “We hear the things they say…It’s all insanity…You make your choice today…It’s exit, voice or loyalty”. Vocalist Alexis Mincolla is strong on this one, and the song will elicit immediate comparisons to Nine Inch Nails and Ministry.

The next track, AMERICAN LANDFILL, sounds more like a ‘Nu-Metal’ song than what 3Teeth listeners will likely be looking for. Some of the verses are stylistically reminiscent of Korn’s Jonathan Davis which is great if you are listening to a Korn record. Some dark, piercing synth work is added in the last minute of the song is very nice, however. PRESIDENT X is about what you would expect it to be about: “I’m president X…I’m your same old hex…I’m president X…Replace me, you’ll be next”. The lyrics are a clear reference to not only the sitting American President but the Presidency in its totality.

As the album progresses, there are high and low points to be sure. ALTAER and SURRENDER are definite high points, with ALTAER featuring a killer intro and is a moody and listenable track. TIME SLAVE and BORNLESS, however, both leave something to be desired. They are not bad songs, not at all…but they don’t show the progression that you would expect to hear from the band. They have a slight commercial feel, almost like a Rob Zombie / Marilyn Manson vibe. Not a knock on those artists, just not the expected direction for this band to take.

BLACKOUT is a song that will make you move and is very well written with a great hook. THE FALL is also a nice track with heavy lyrical content: “When the tides rise, it will take the pain away…Pray for the day that we wash away”. This song builds very nicely and fades in flawlessly to the final track, PUMPED UP KICKS, a Foster the People cover. 3Teeth do a fantastic job on this one, and they do the song justice to be sure. This version really makes the song their own, and It is a great way to end the record.

Overall, METAWAR, is a very well produced and solid record. If you haven’t listened to 3Teeth before this record, you will like it and will circle back to their previous work. If you were familiar with and enjoyed the first two records, you may feel that this one left you wanting more. Either way, it is definitely worth a listen and worth following the band to see what the next chapter holds for them.