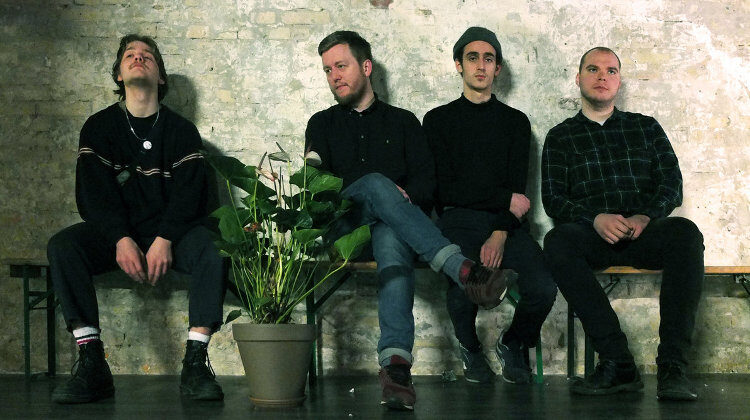 Yung have returned to the Indie scene as they kick off a brand new era which presents an abundance of promise through their second studio album, Ongoing Dispute.

This is a record that is bound to delight fans of indie music no matter where they may come from and after returning from such a long time out, it is a testament to the group’s hard work, determination and talent. The drive for the band to be successful is evident through their ability to bounce back after they experienced such a difficult period following the release of their first album, A Youthful Dream, which came out back in 2016.

According to both their bassist, Tobias Guldborg Tarp and frontman, Mikkel Holm Silkjær, the Danish four-piece really did struggle both financially and mentally following their initial success which came from that first album. The whole band find it difficult to listen back on that album and have positive feelings, which is all the more reason why this record brings with it a new outlook and renewed feelings of positivity.

As soon as the opener Autobiography plays, the fast pace and high energy can be felt right away through an impressive drumbeat consistently sounding out. Furthermore, with verses that mention feelings of self-pity, a sense of self-reflection is evident through this first tune. Lust and Learning emerges straight after and follows a similar theme of contemplation which comes as no surprise when considering the circumstances of this record and its release.

When it comes to record favourites, Ongoing Dispute has more than a couple to choose from and it is difficult to decide between two tracks in particular. Progress is one of those tracks as it impresses with its compelling melody and gritty hook whilst the instrumental towards the end of the song gets your head bopping and your feet tapping.

The other distinctly notable track would be Such a Man, not only extremely relatable but also tells a story at the same time as it provides a great backing tune to sink your teeth into. The chorus to the latter is especially addictive and would come as no surprise if it was to take off as a hit in the indie world.

Slower tunes such as Hose It Off and Unresolver clearly give the boys an opportunity to showcase their instrumental talent and vent out a whole host of different emotions that have built up across a number of years in which they have been inactive. It’s not hard to see or hear a mass of passion and intensity throughout this whole record.

When listening through Ongoing Dispute in its entirety you cannot help but feel that Yung are still finding their sound and discovering their musical selves track-by-track. This record has laid some great foundations for the band and with it, they have a bright future with a whole lot of room to develop. It would be wise to keep your eyes peeled as much more is expected from the group in the not so distant future.